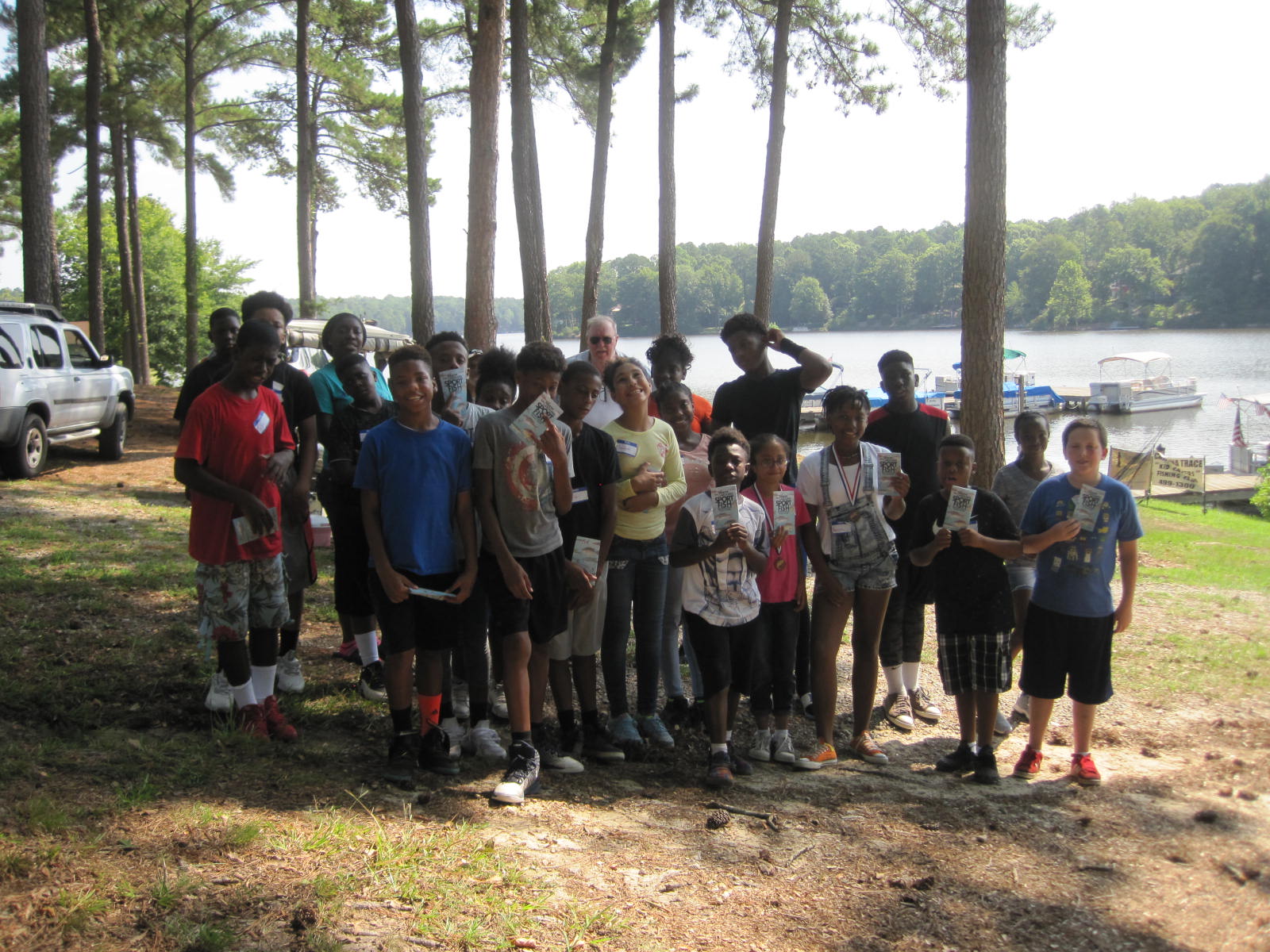 Our August 17th fish for fun lesson was a great success -- even with the extra kids that came. We had twenty instead of the usual 14!  Bringing all nineteen "Kid Caster" poles helped, although we ran out of water. Fortunately Pam Zorn brought some watermelon so we could re-hydrate.  Special thanks to our teachers Pepe Corello, Buster Harrill, Frank Gagliano, Bud Burgess and Jody Jackett who provided bait and instruction.  A total of 42 fish were caught and released at the CTCC dock. Special thanks to Debbie Betts who did name tags and took great photos, while I had the pleasure of untangling line, putting on lost hooks/sinkers and baiting those hooks with red wiggler.

The girls at the LC Boys & Girls Club  were better about baiting their own hooks and holding/unhooking the fish.  Anniyah (pronounced ah-NIGH-ah .. not ANNIE-YAH like I said) and Kimberly both won the TUFF Fish Medallion for Excellence in Lake Trace Fishing catching six bream and five white bass respectively.

With the heat index approaching 108 degrees, the TUFF Club members decided to re-think our annual "Back to School" lessons. Each year it has gotten hotter and hotter! Our Spring Break outreach will continue - and we'll have to figure out some sort of fall outing for this great group of youngsters from B&G Club! 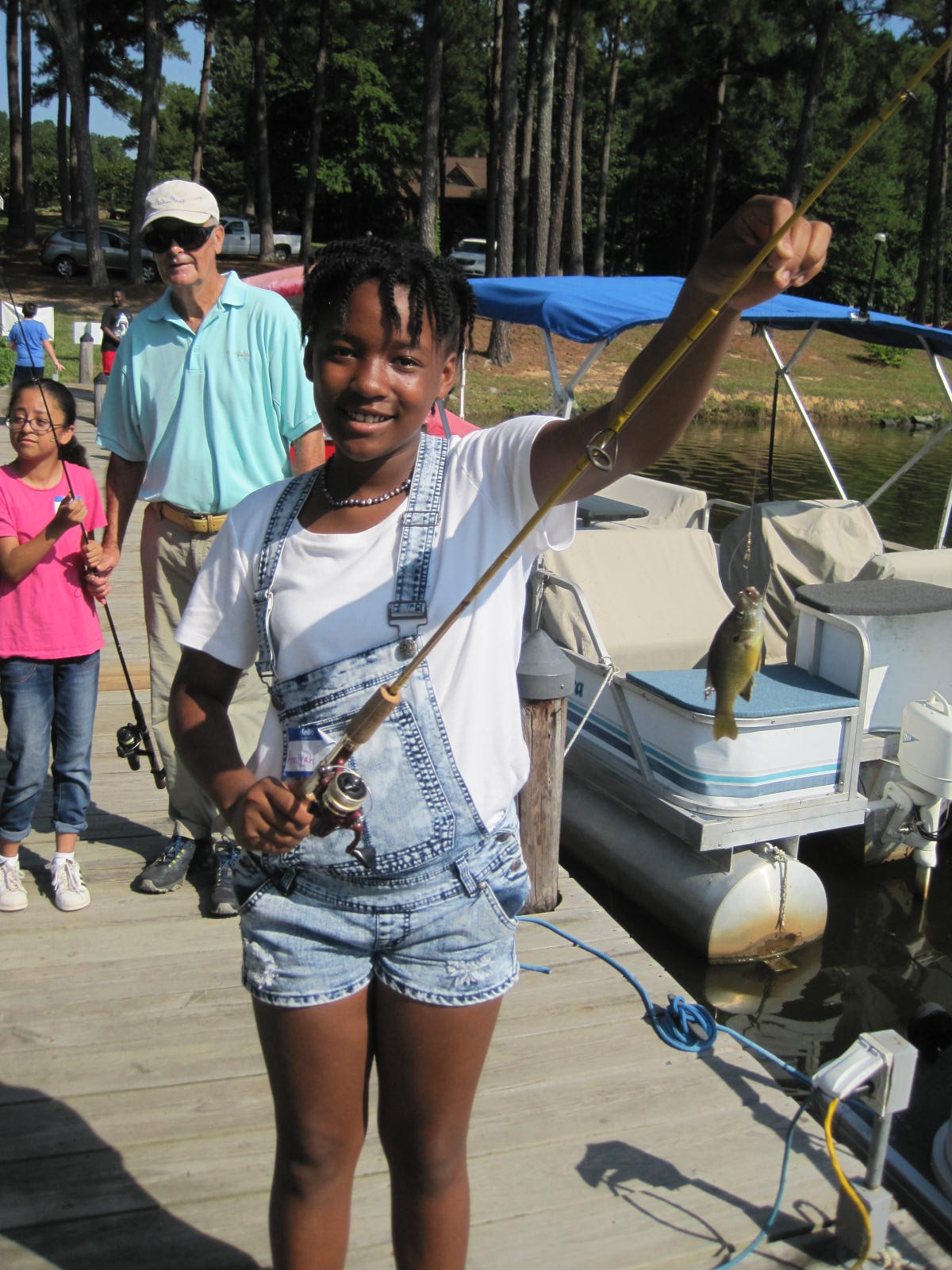 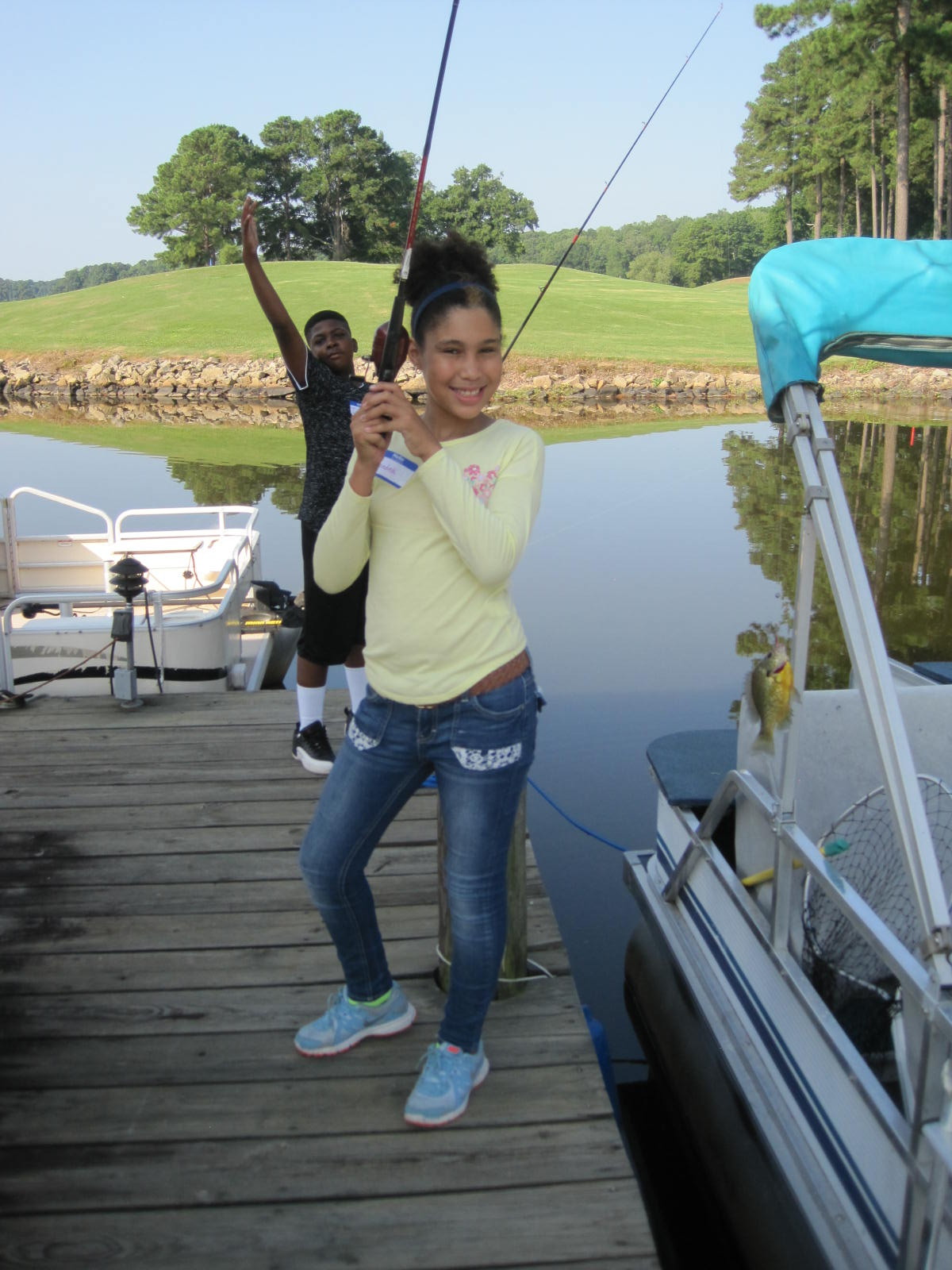 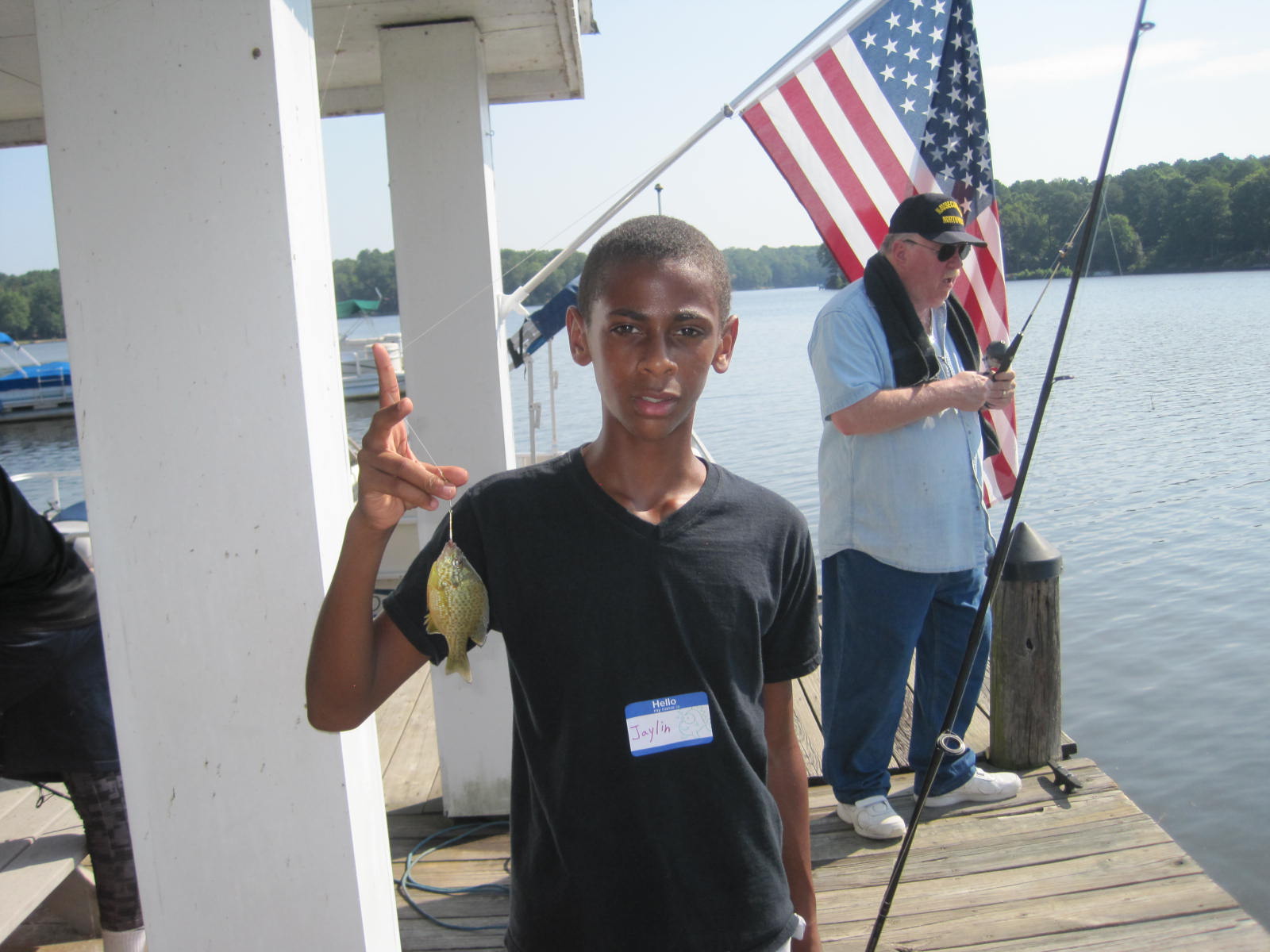 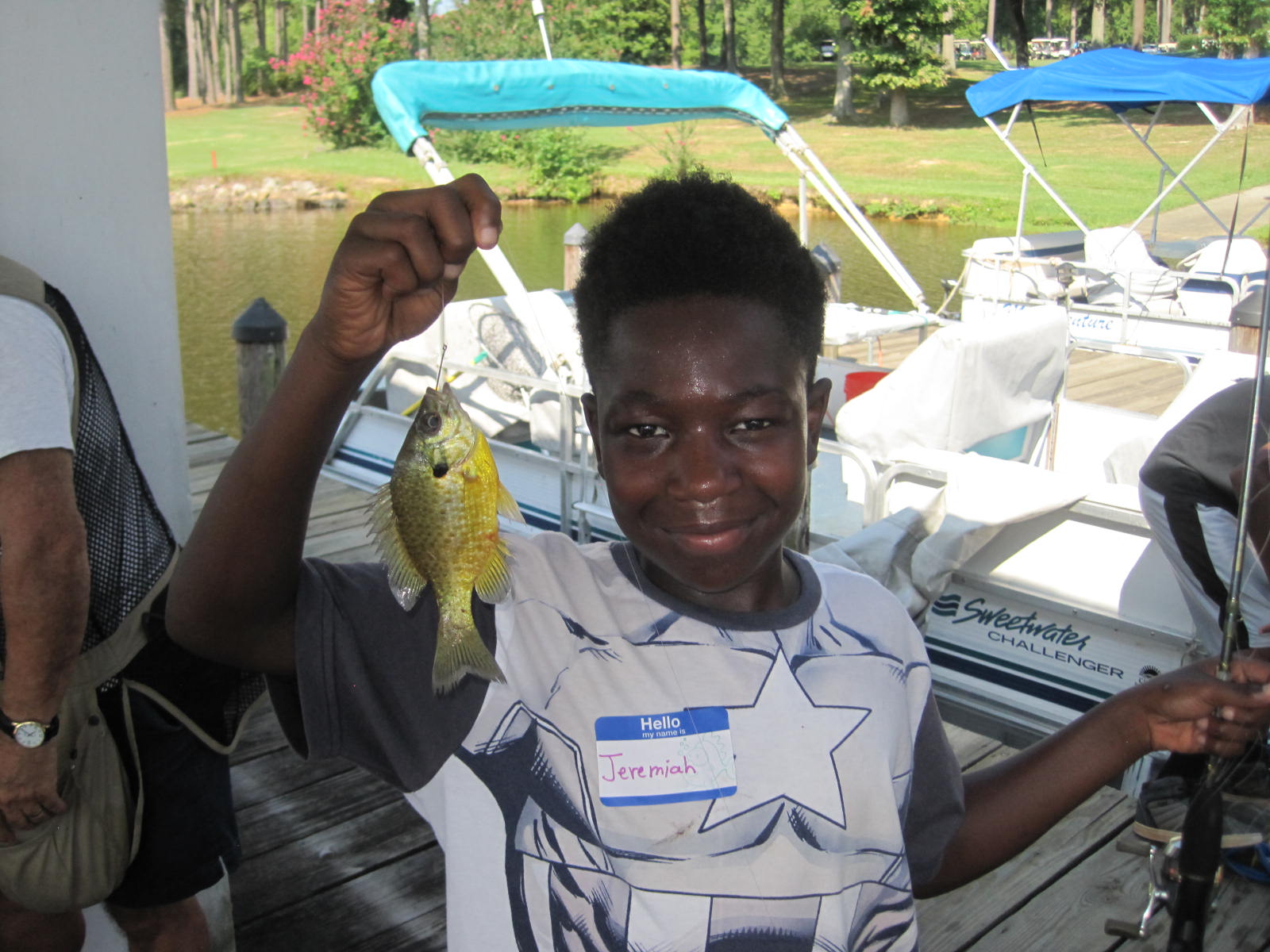 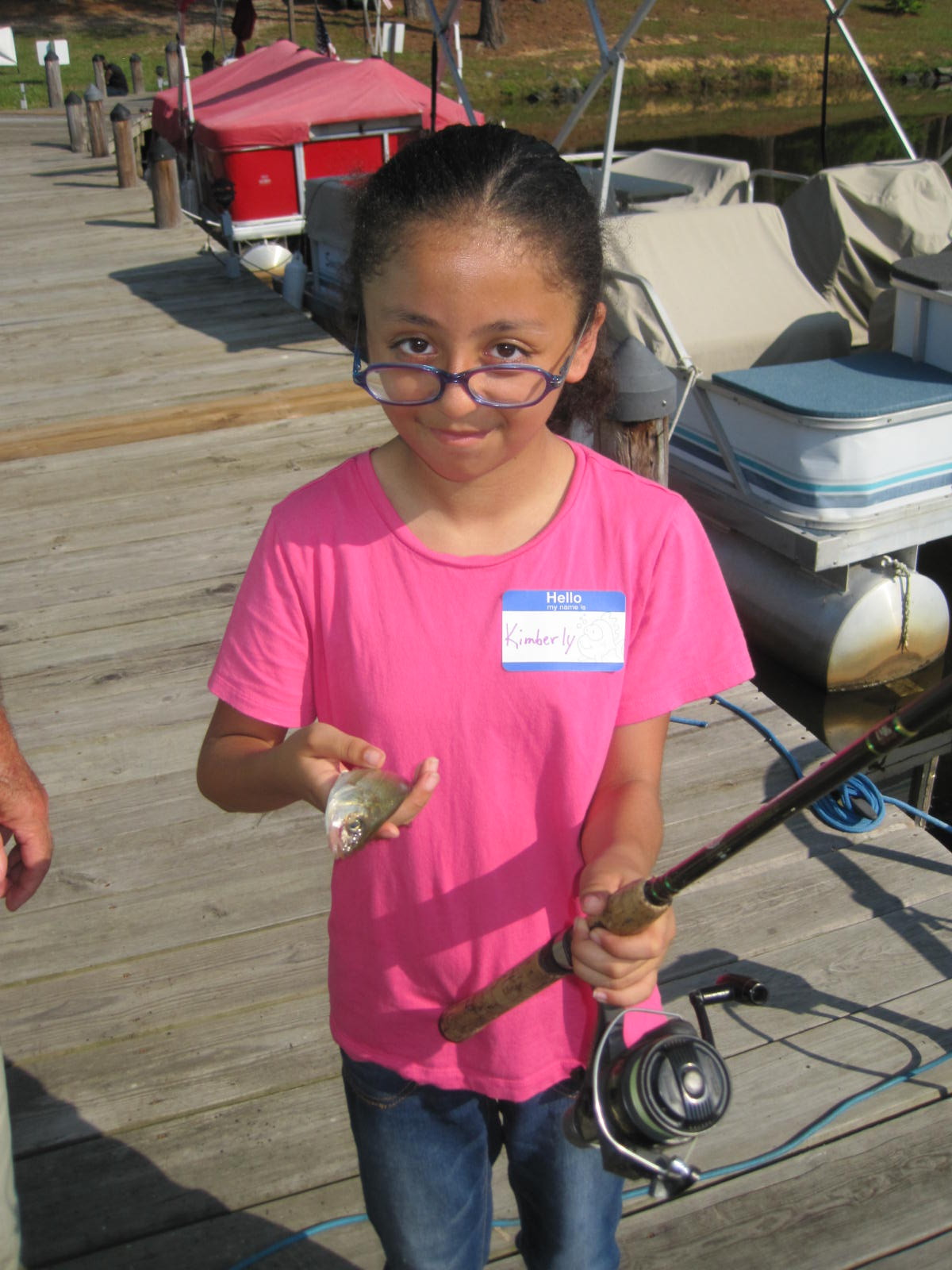 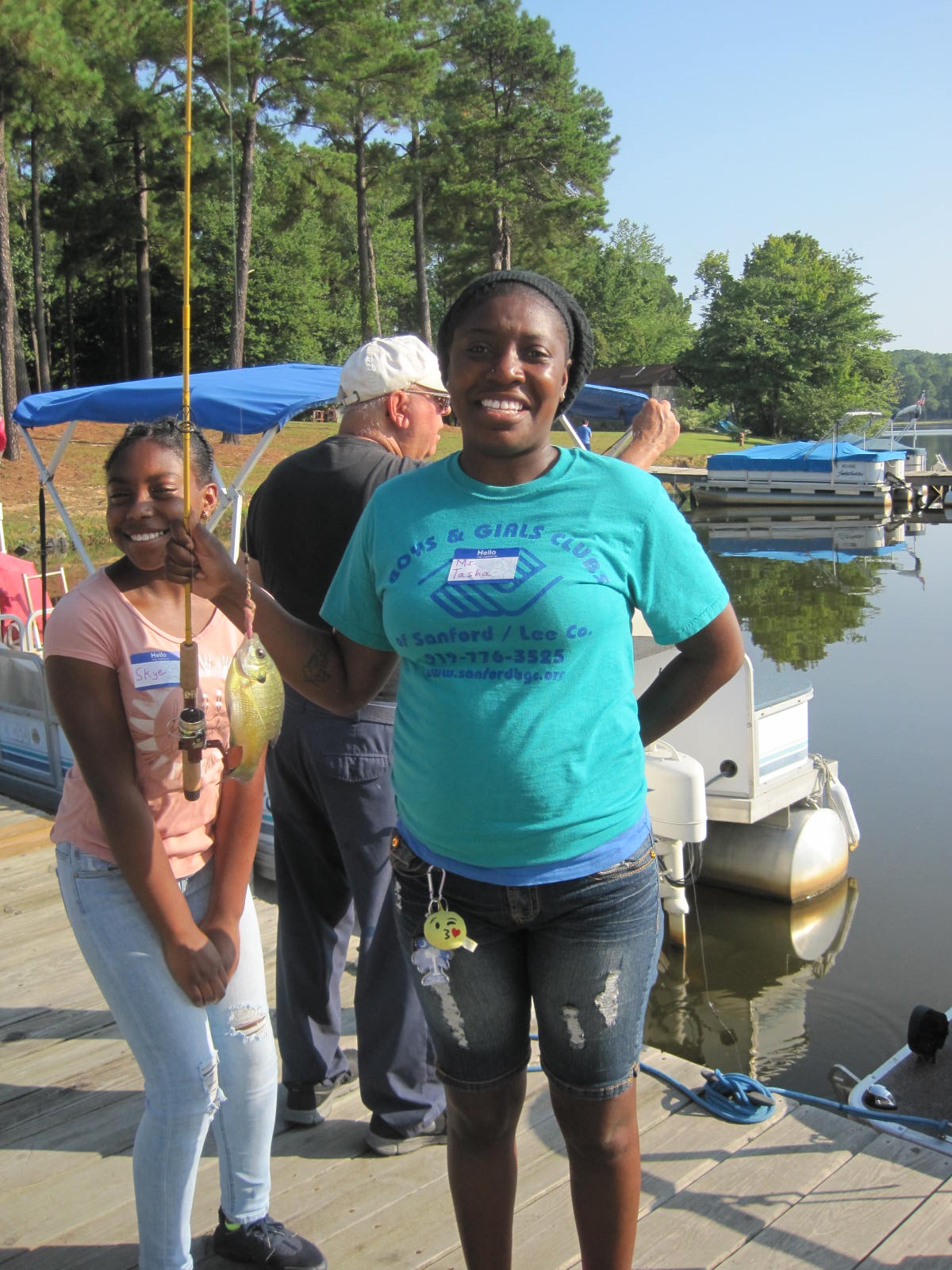 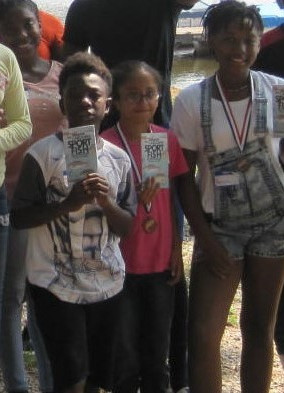 These kids were so happy to be fishing and enjoying the lake. Thanks CTCC!