If you catch any kind of fish from Lake Trace that doesn't look healthy, call me at the Lake Trace Hotline 919-499-1300. Since 2008 I have been TUFF Director and have only gotten a handful of e-mails and pictures from concerned fishermen which I am posting in the gallery below. (Click on Read More and then click on each picture to see caption.) All pictures of the bass were sent to a NCWRC fish biologist.

The back tumors caused a lot of interest with NCWRC and if you catch one with back sores, call me. I will bring a cooler of ice to the Hidden Lake marina, where you can drop the fish off and I will immediately call Mike and the State will send it to Auburn University for analysis.

There was speculation from TUFF members that the fish could have been caught by an eagle or osprey and dropped and an infection from talon punctures occurred. Our current contact at the Division of Inland Fisheries is Mike Fisk 919-758-9024 (cell) and here is his comment on the bass with the large growth on its mouth: "It’s some kind of tumor, probably the result of catch and release looking at the location but could also be coincidence. I would not worry about a few fish with tumors, it can be present in any population. If you start seeing a lot of them then maybe we should look into it a little more. Its up to you to decide whether to cull those fish or not. Again if its just a few fish that have them, they will have little impact on the overall population."

(Buster Harrill said the 5 pound fish seemed not affected by the growth and was a good fighter so it was released for future battles!) Click on Read More to see the pictures and click on pictures to see captions. ... 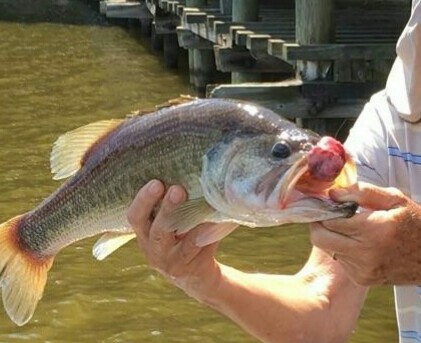 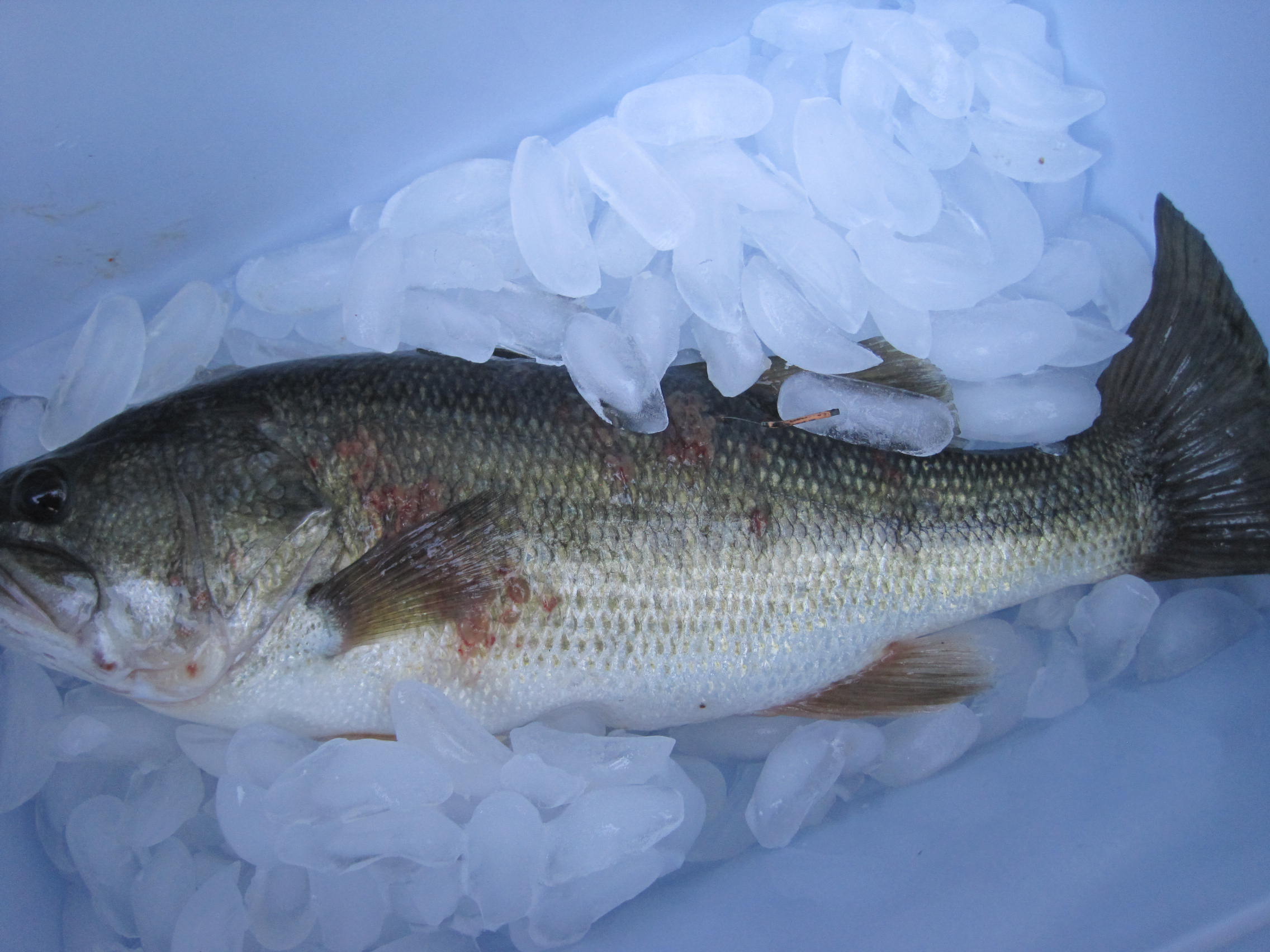 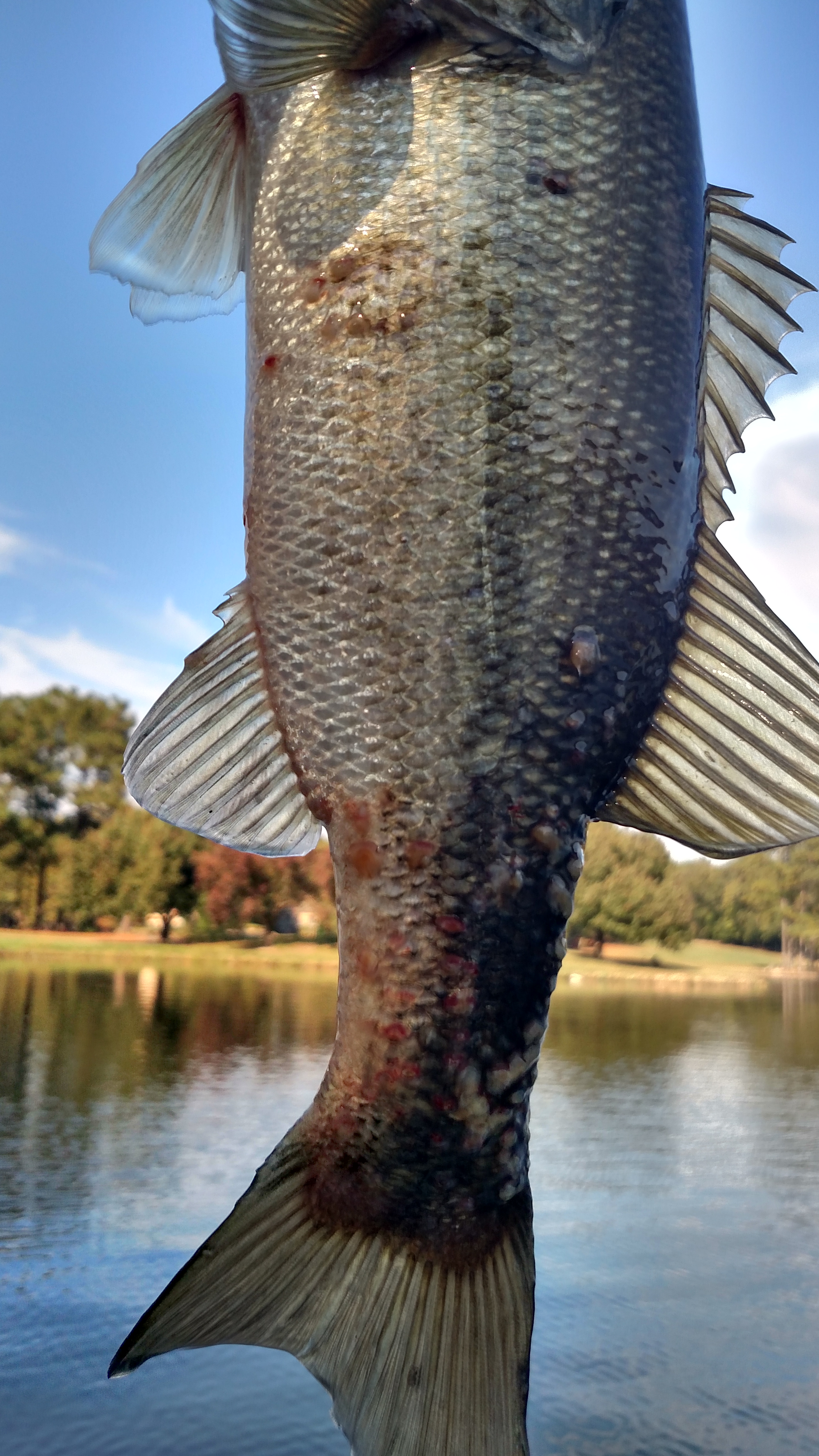 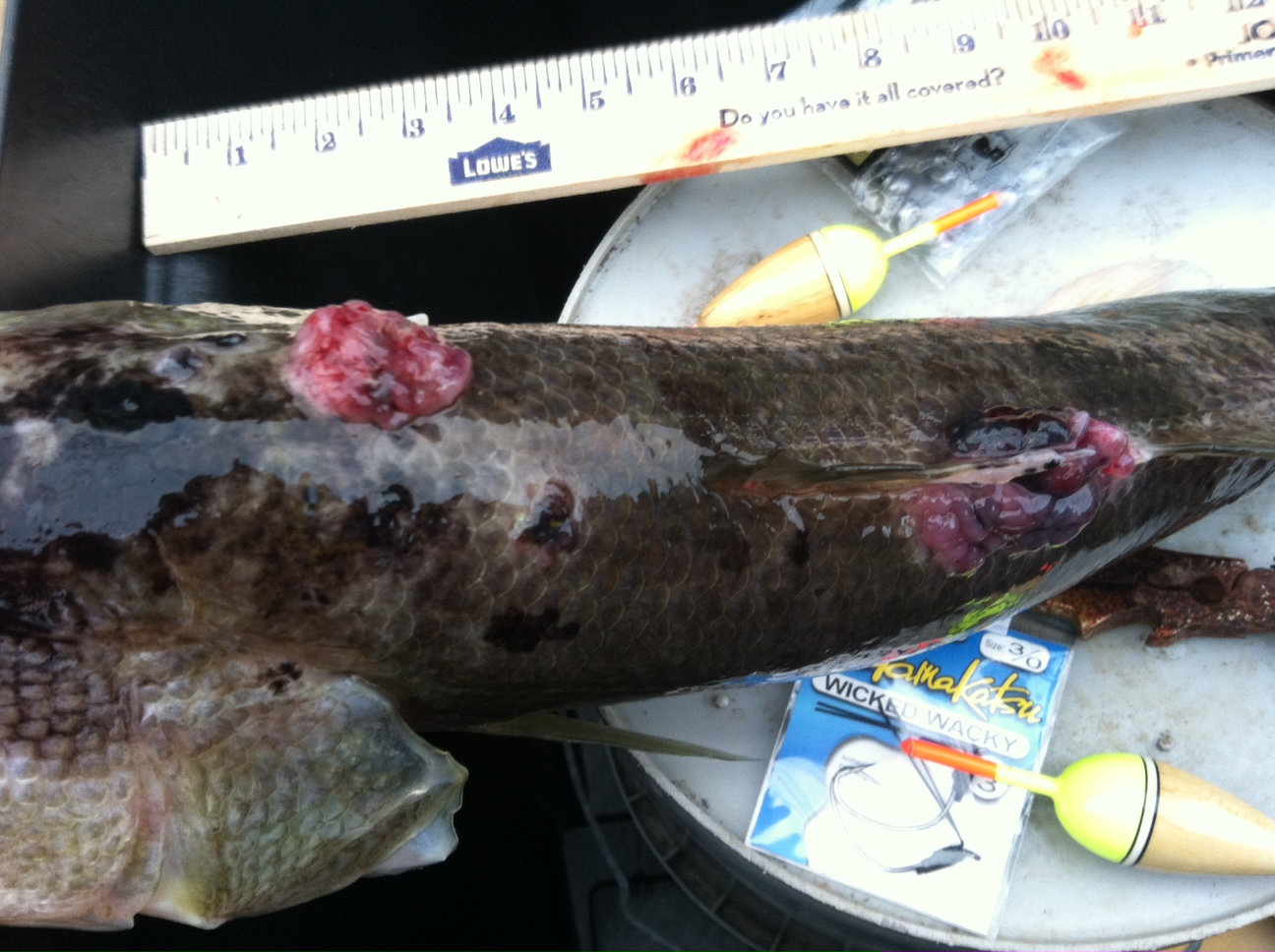 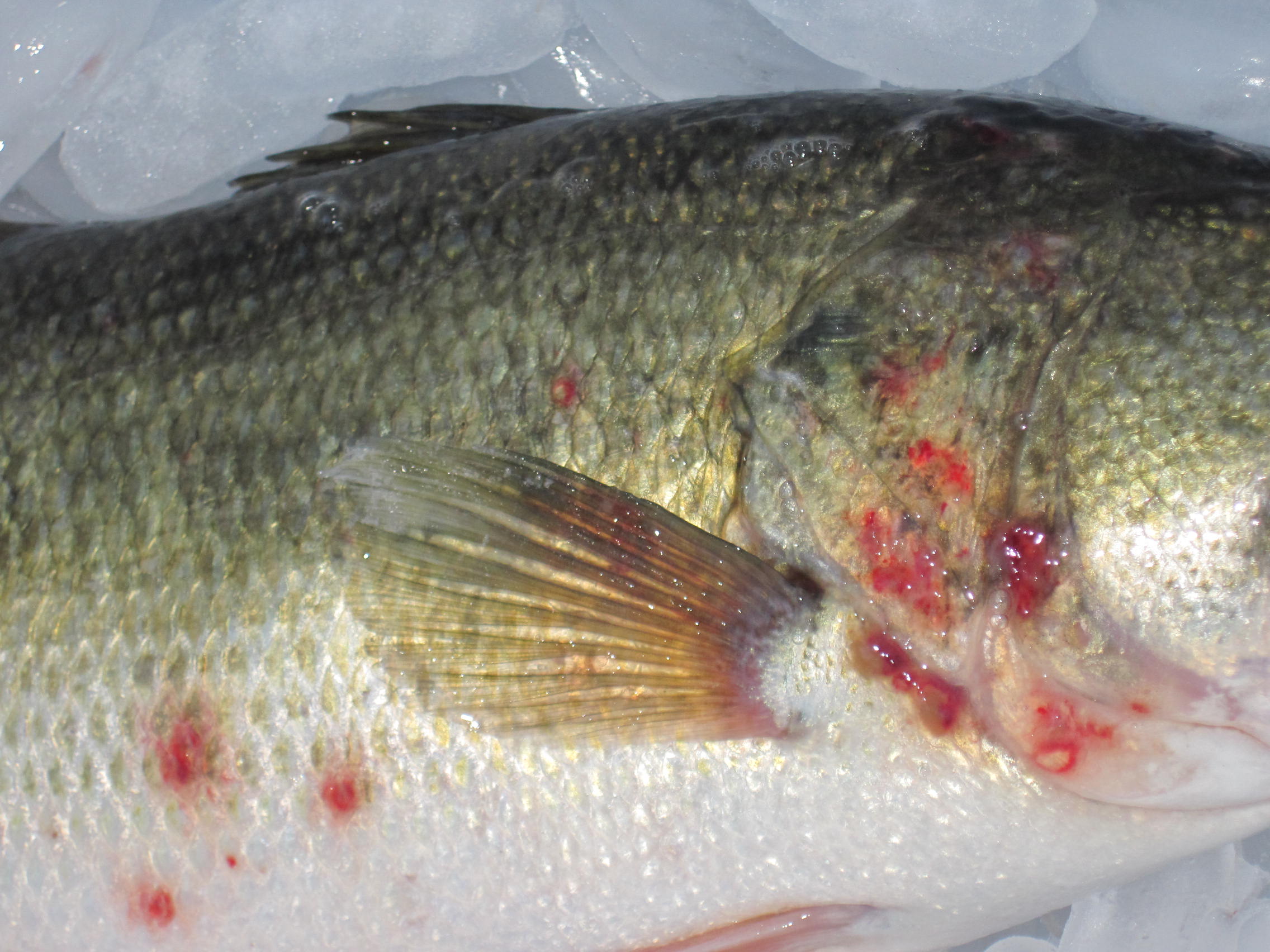 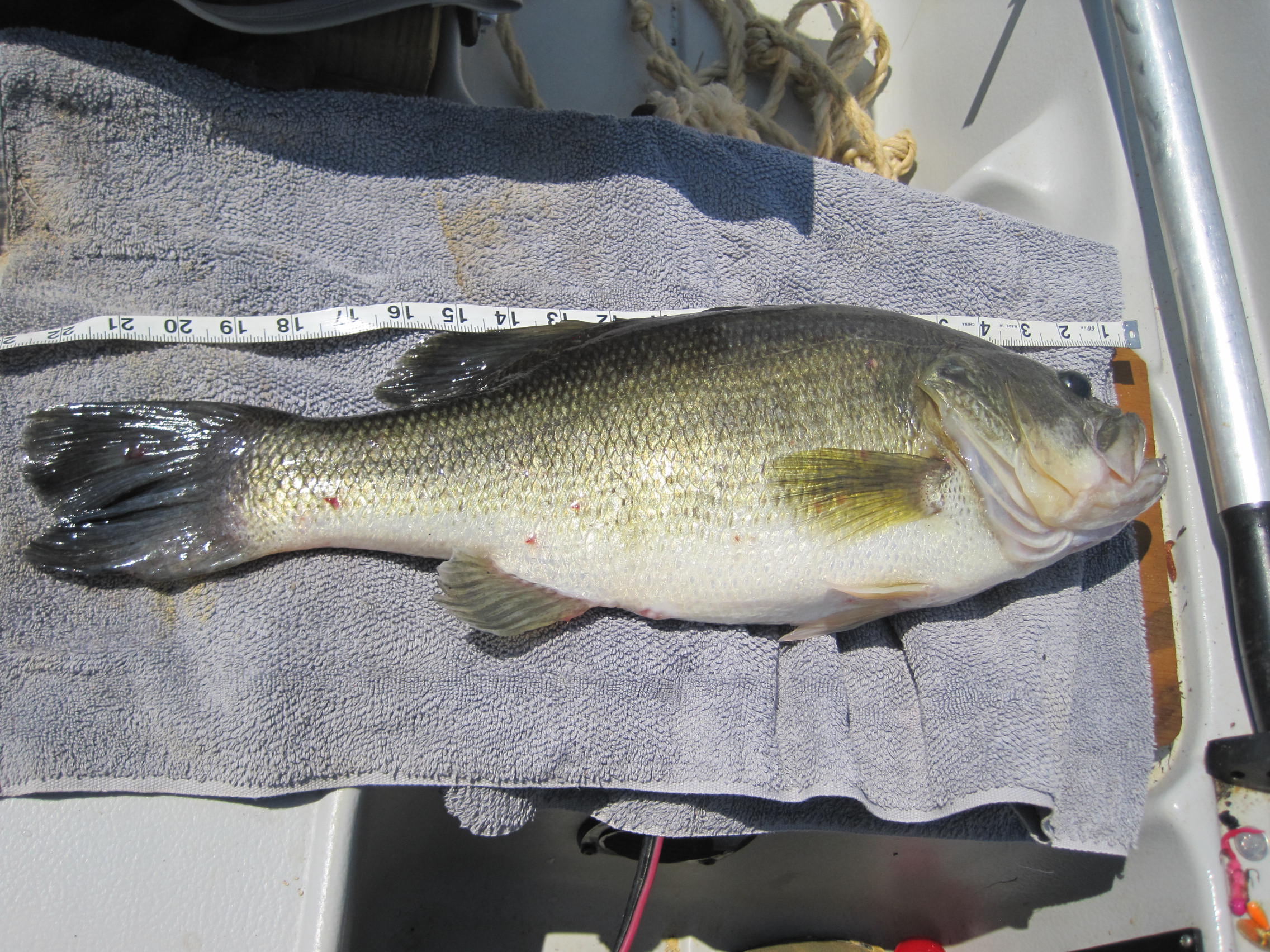 Those are some disgusting fish! If I caught one of those, I would definitely not release it back into the lake.

The fish with sores after the flooding were removed, but I was told that those sores heal naturally when water goes back to normal. I would definitely not eat a fish that looks like that!