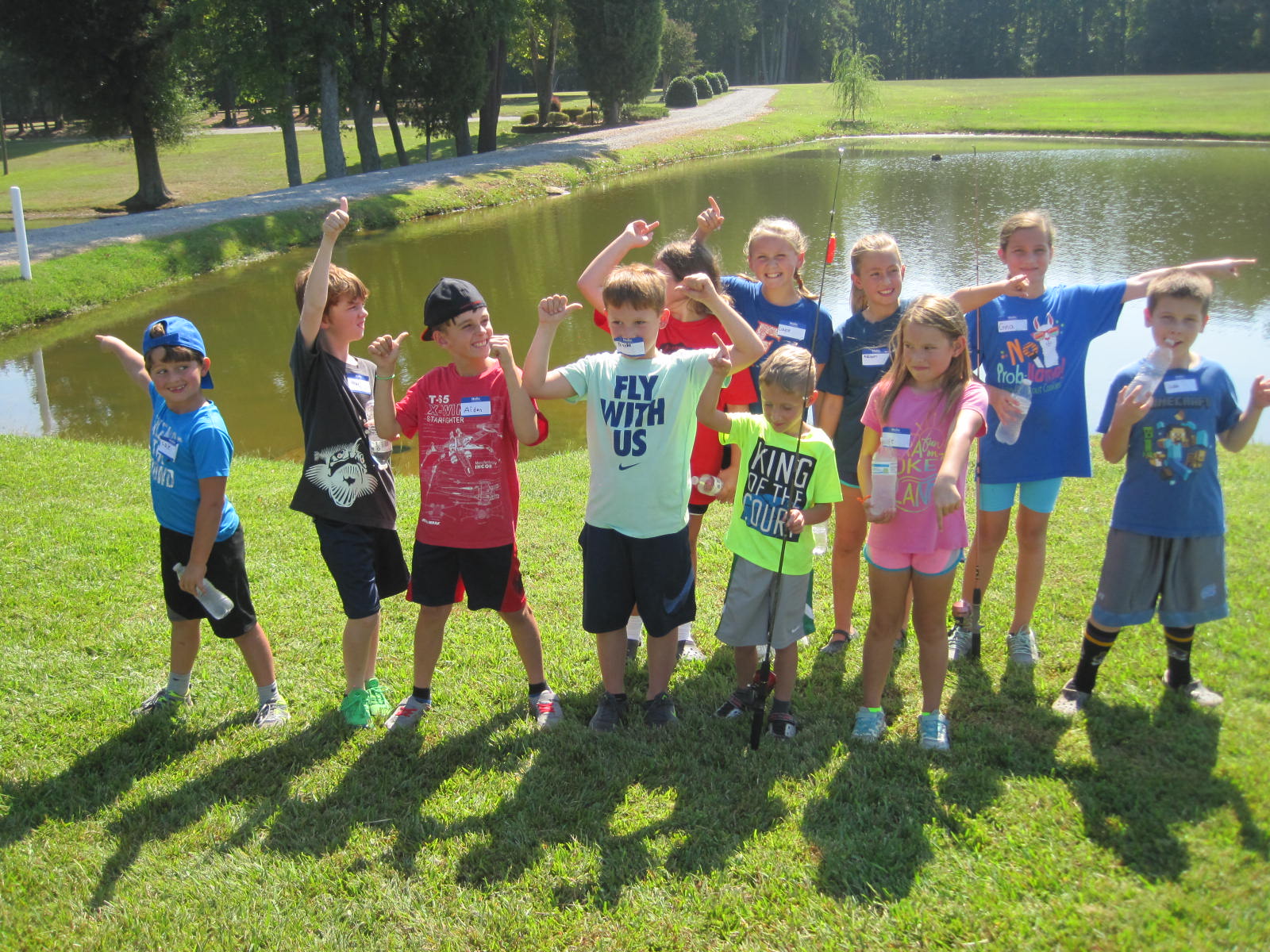 On September 28th, Buster, Pepe and I enjoyed a second trip to two beautiful ponds off Route 421 to teach a new group of First Baptist Church youngsters in the fun art of fishing. Eleven middle school children in the year-round program had some time off and learned some knot-tying and equipment safety tips from Mr. Buster. We were blessed with another beautiful day and from 9:30 a.m. to 11:30 a.m. 54 fish were caught and released by this energetic group.  The girls caught the most with 27 giant bluegills and two bass, with the boys catching 21 bluegills and three bass (including the biggest bass.) Check out the smiles in our picture gallery! TUFF members had a blast again! :O) 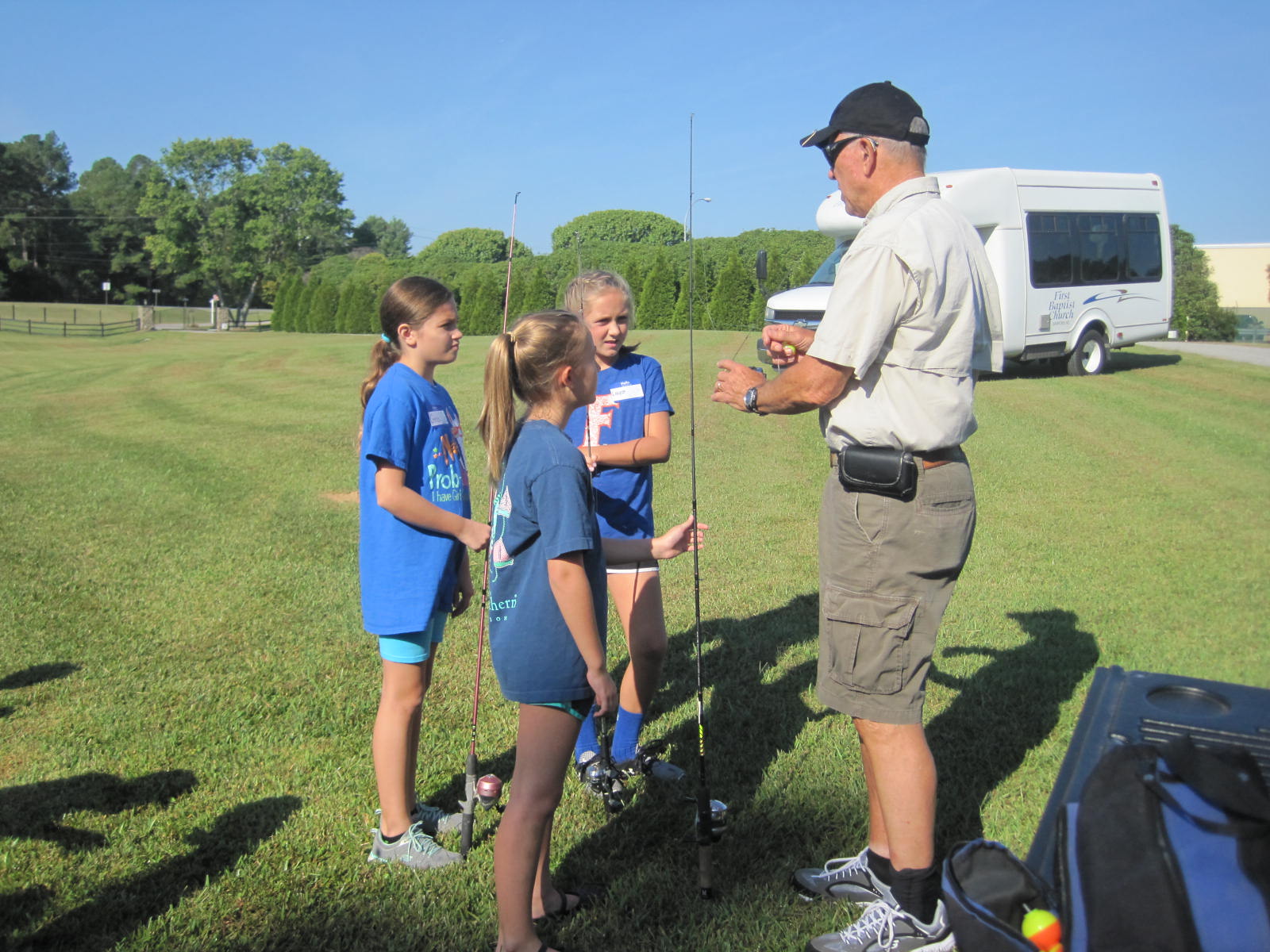 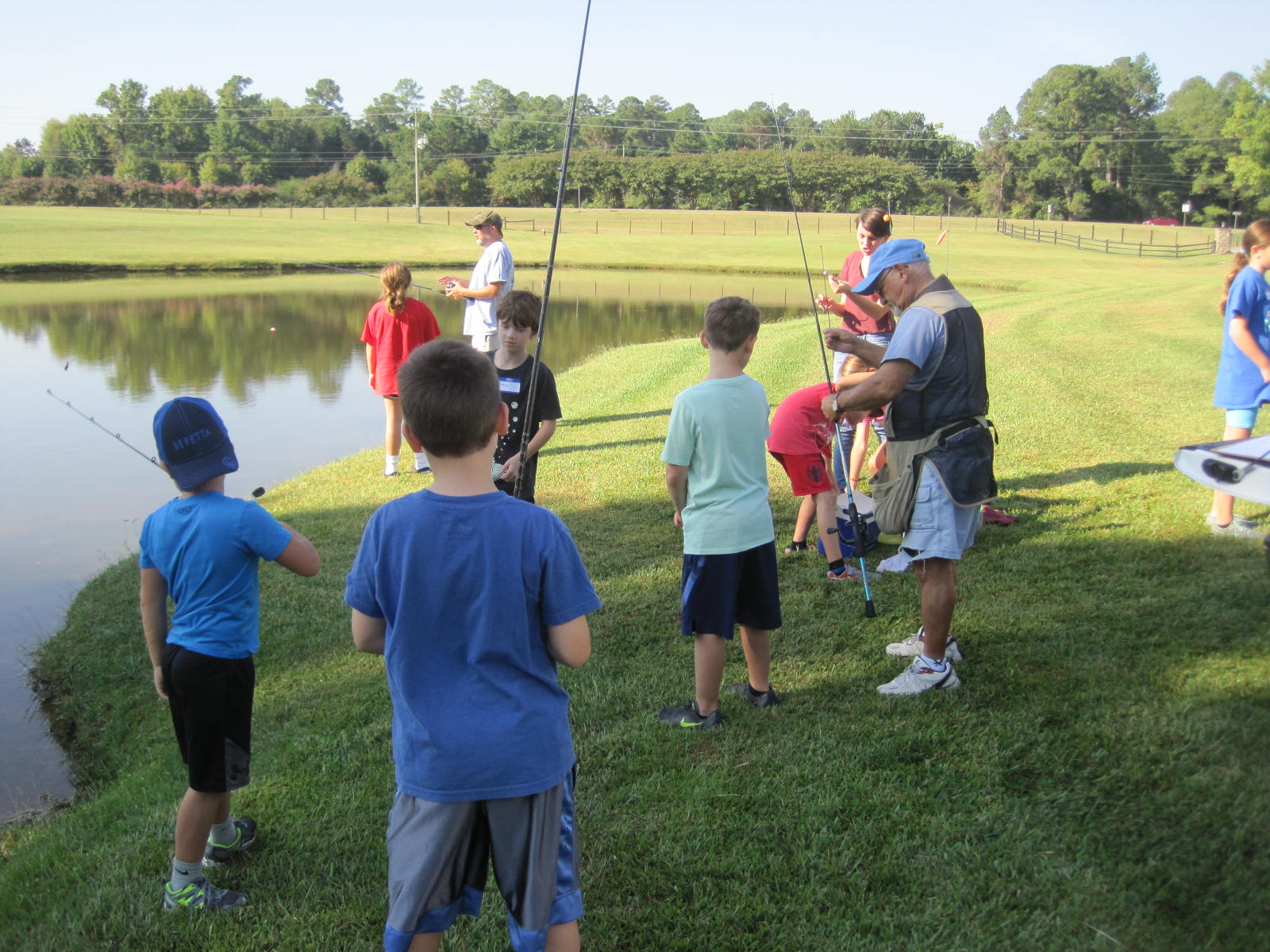 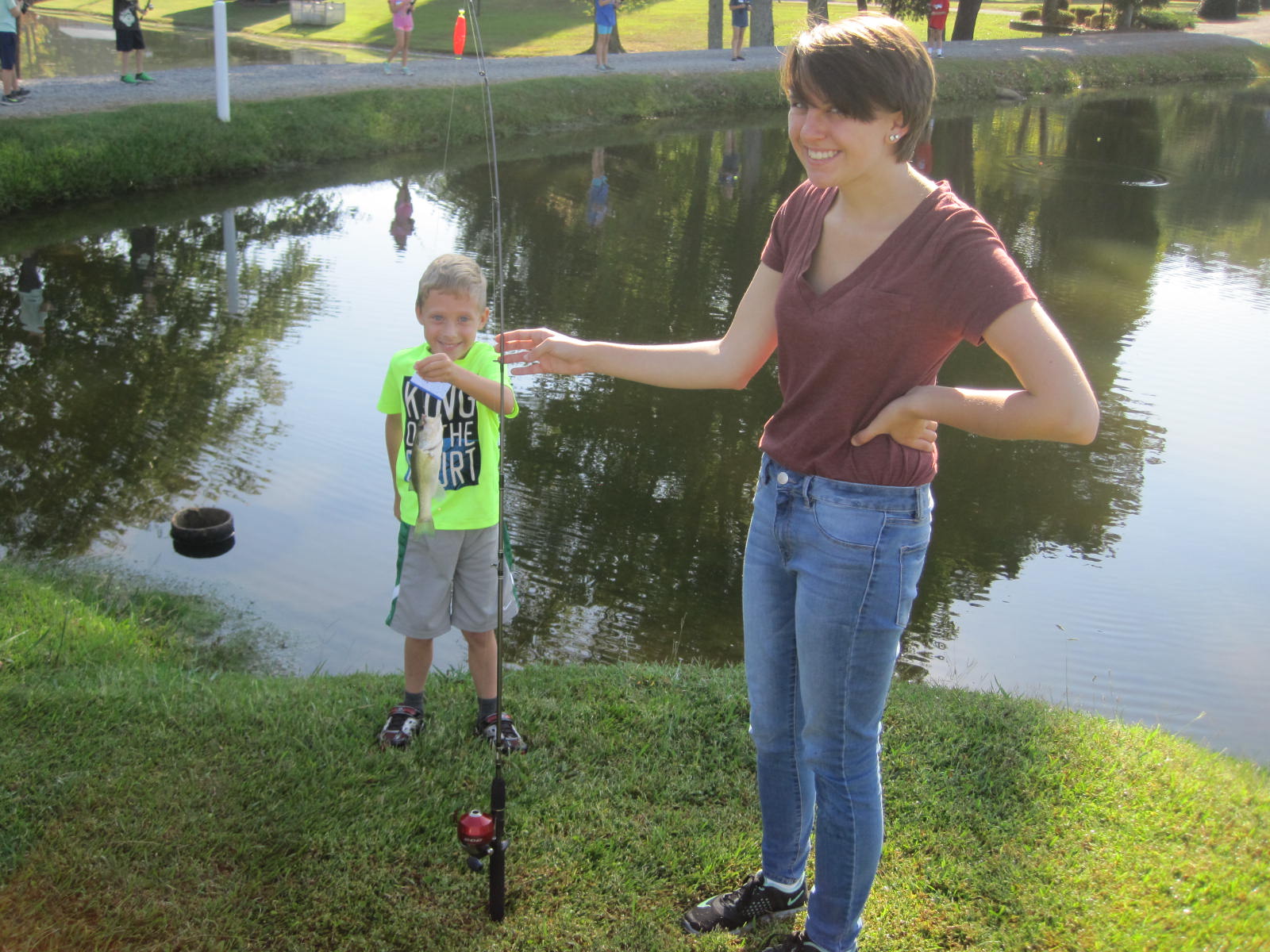 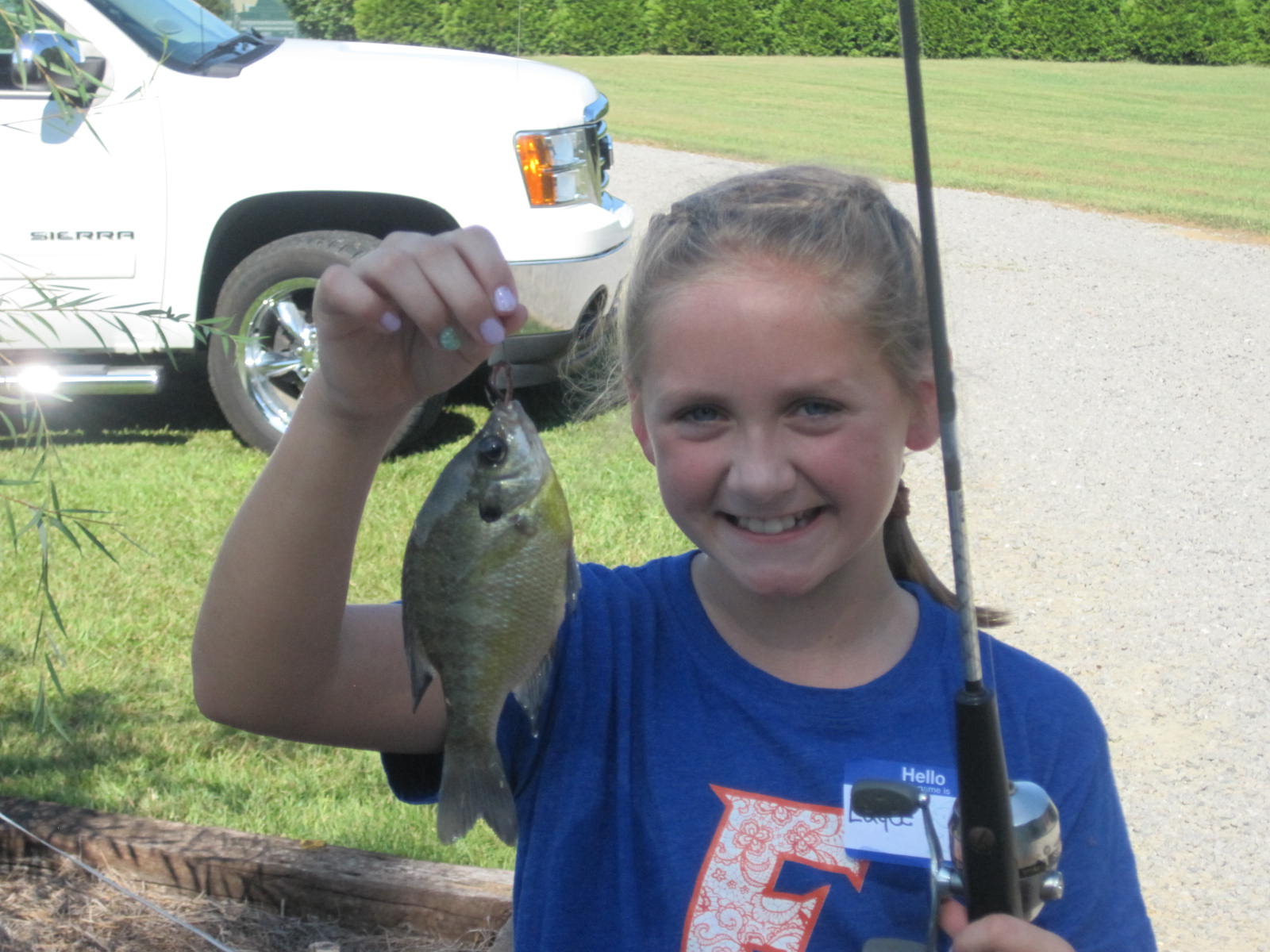 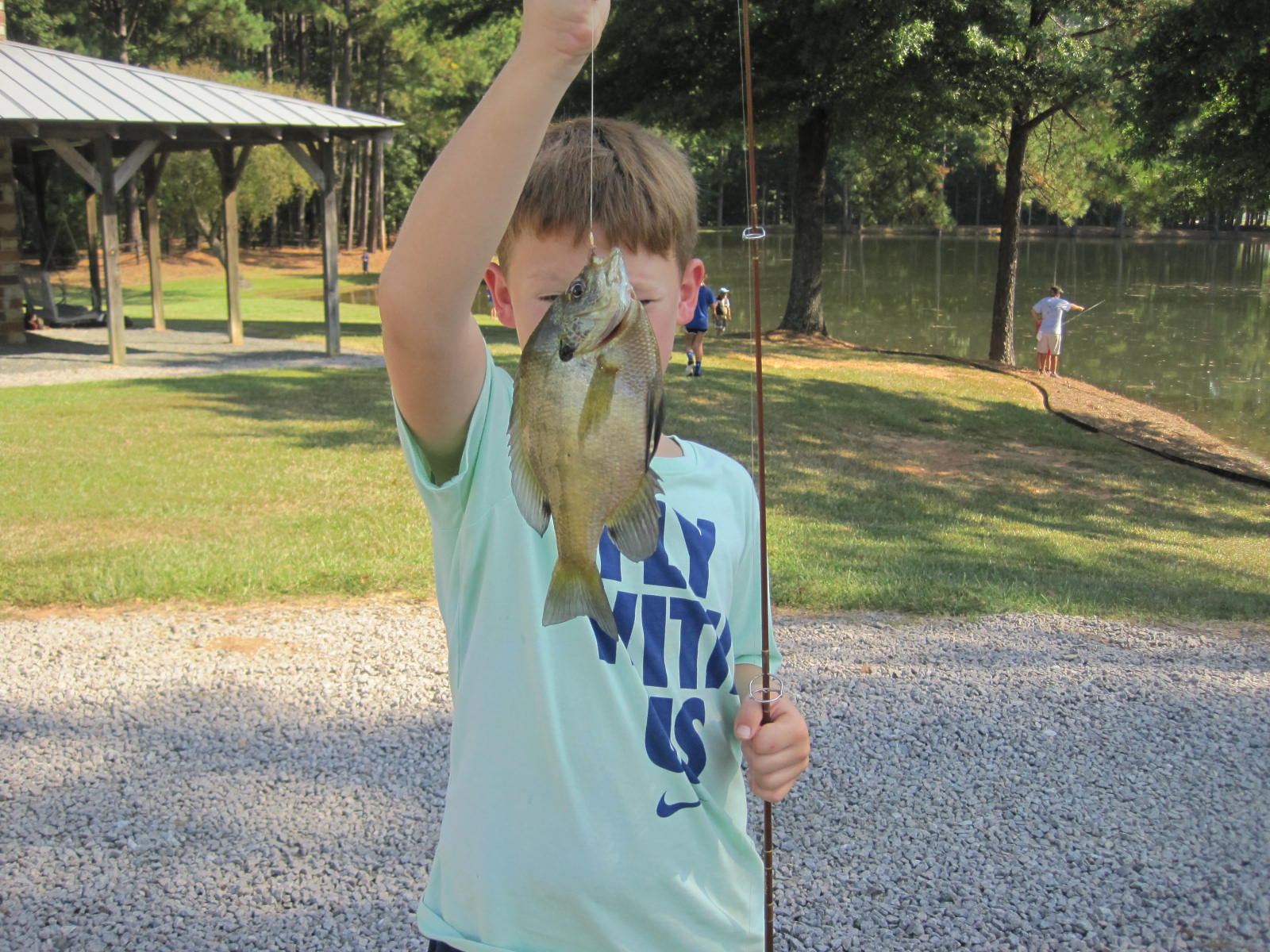 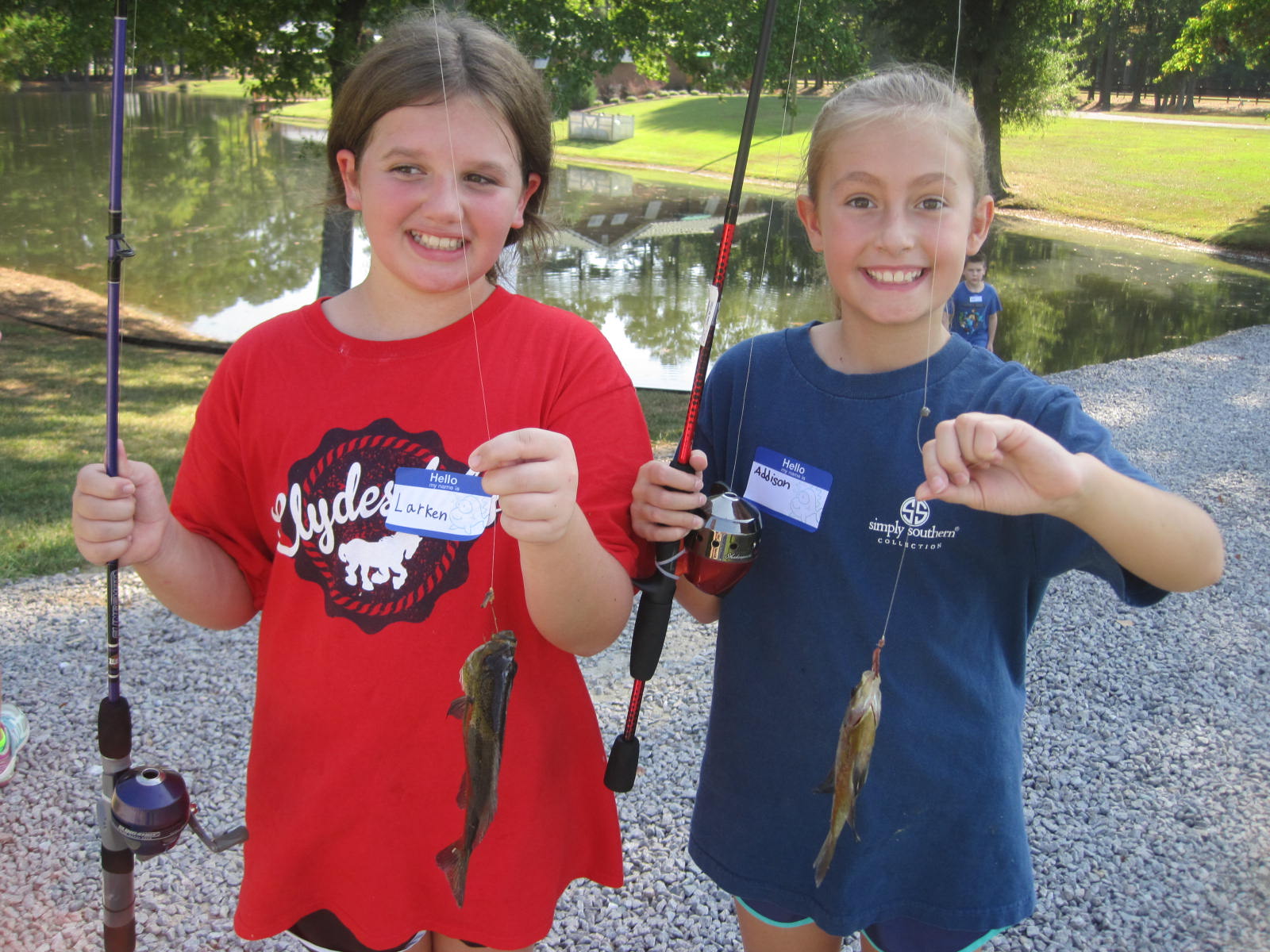 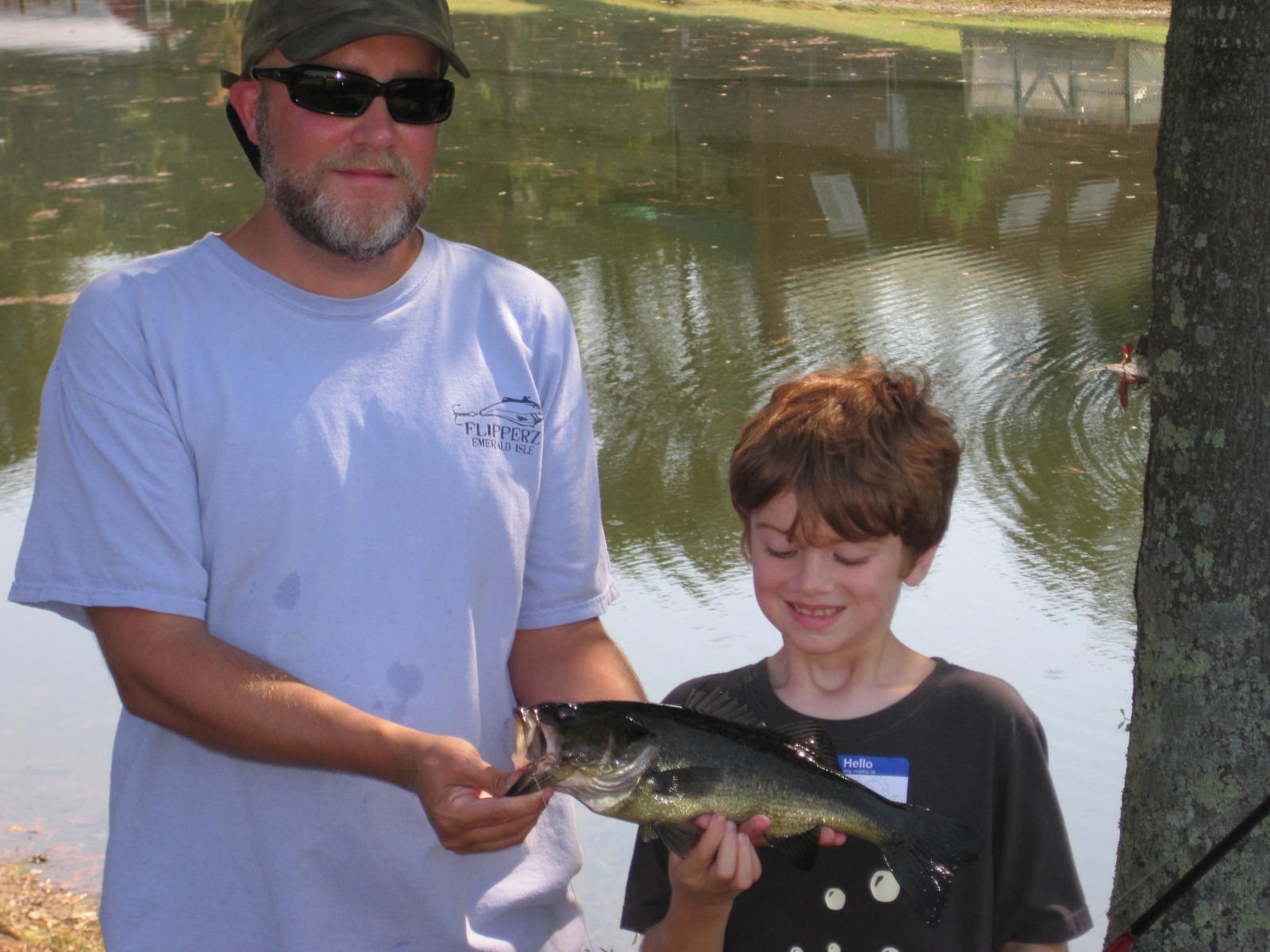 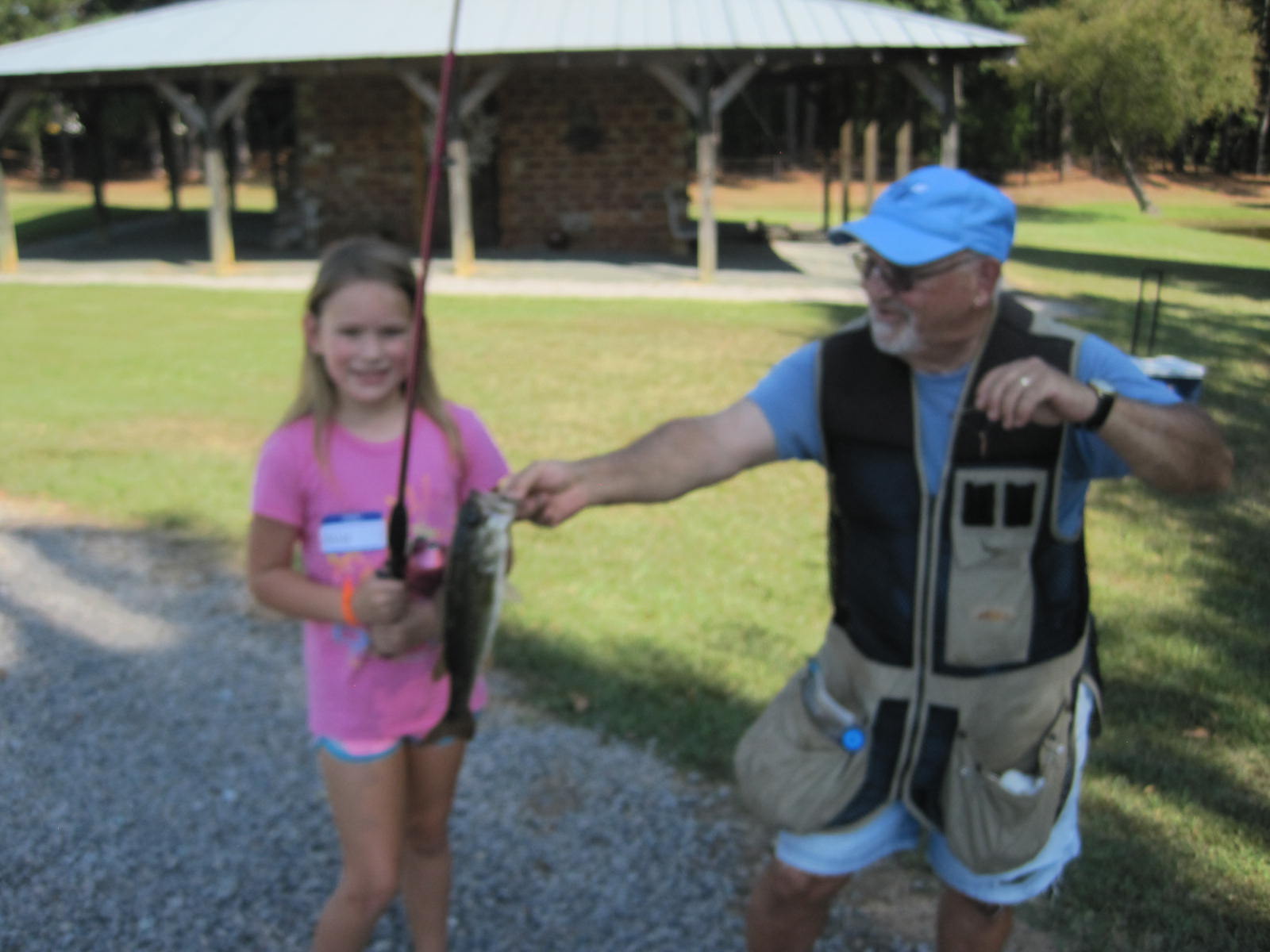 Lib, thank you for the expertise you and Pepe shared with our FBC kids.

And we had a blast with the kids in these ponds!