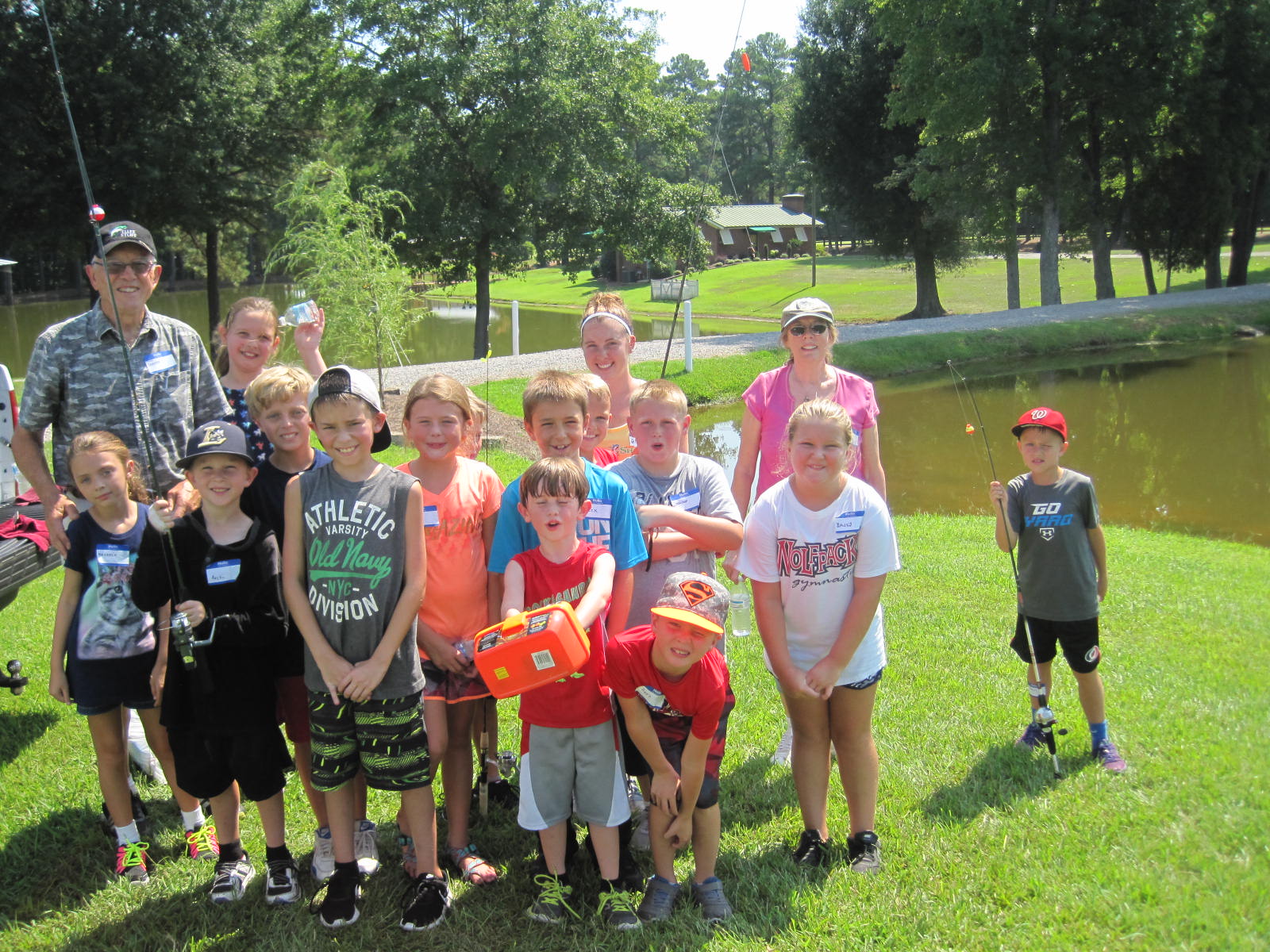 Less than a week after we had 20 kids come from the Lee County Boys & Girls Club for a lesson at the CTCC dock, long-time TUFF member (and Co-Director) Buster Harrill volunteered our "fishing instruction" services on Wednesday, August 23rd, to the First Baptist Church Summer Kids Camp.  So, after a short fish safety and knot tying lesson by "Mr. Buster" at the church, he and"Miss Libby" were  OFF to the races with our bait & 19 poles to a LOVELY pond off Rt. 421 across from Frontier Spinning with 14 enthusiastic First Baptist youngsters.

In less than two hours, 75 fish were caught and released (BIG Bream and 12 inch Bass).

Awesome fish, awesome pond, awesome kids, awesome fun! We have already been invited back! Hope more TUFF members can join us next time. 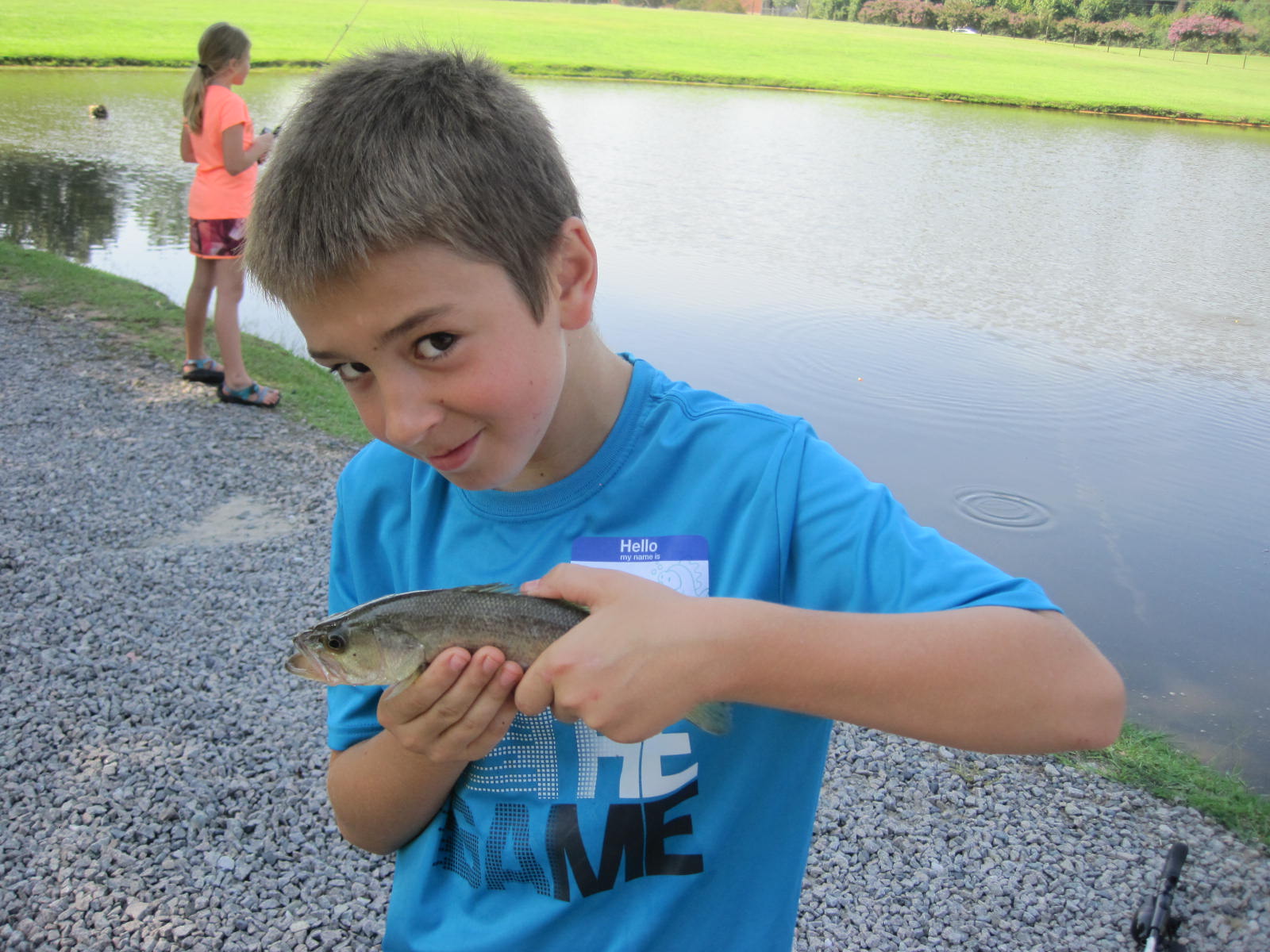 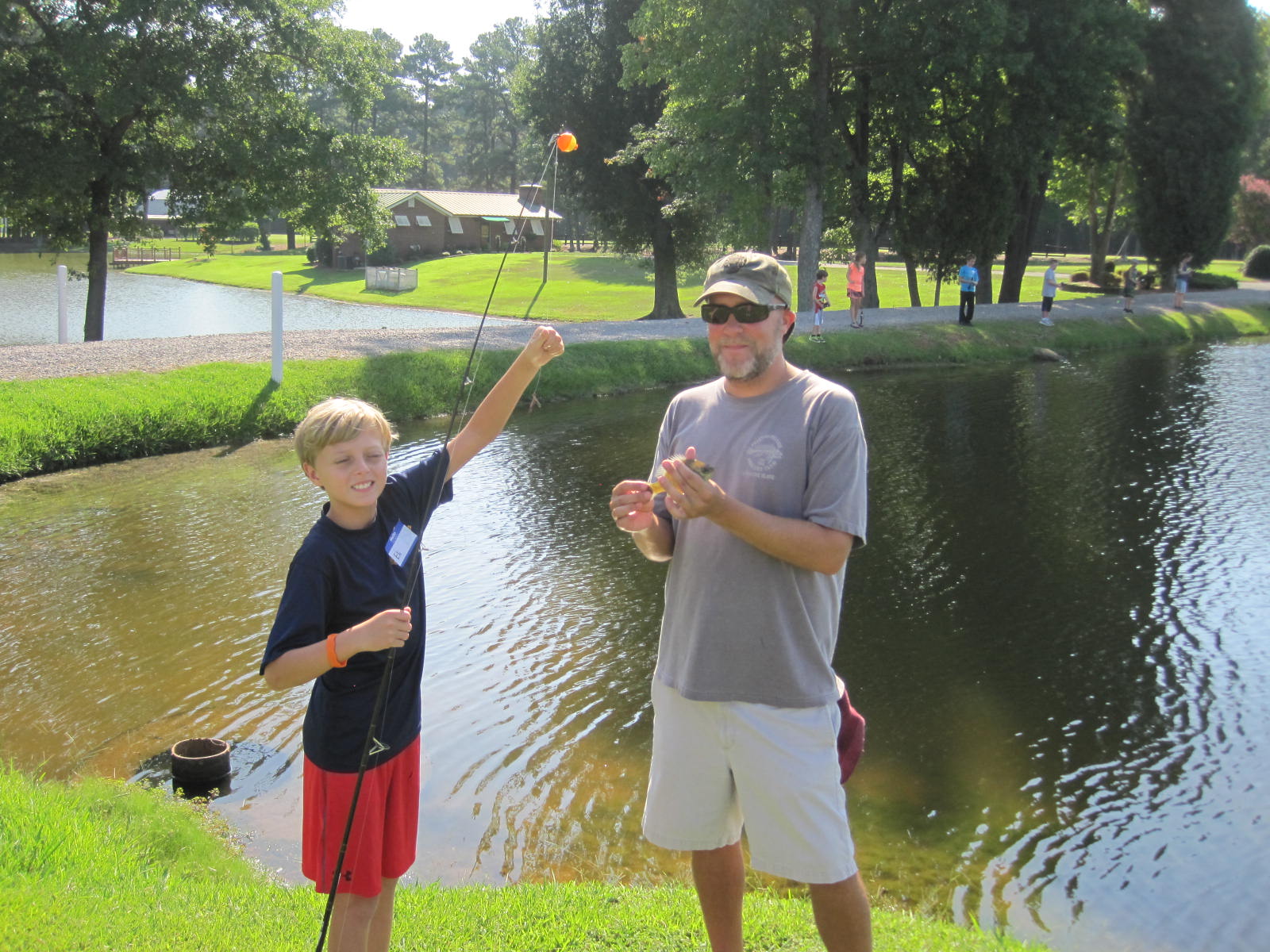 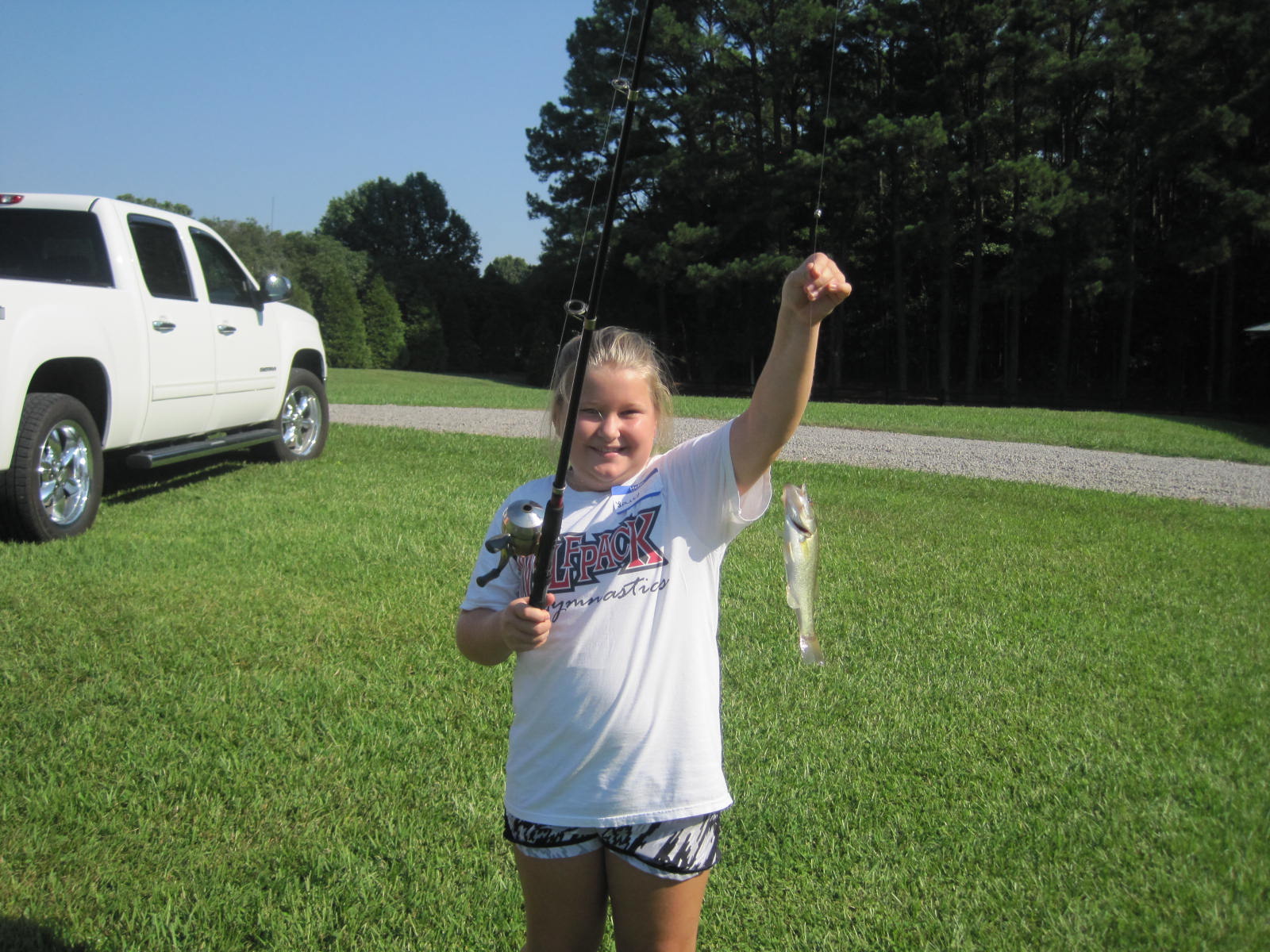 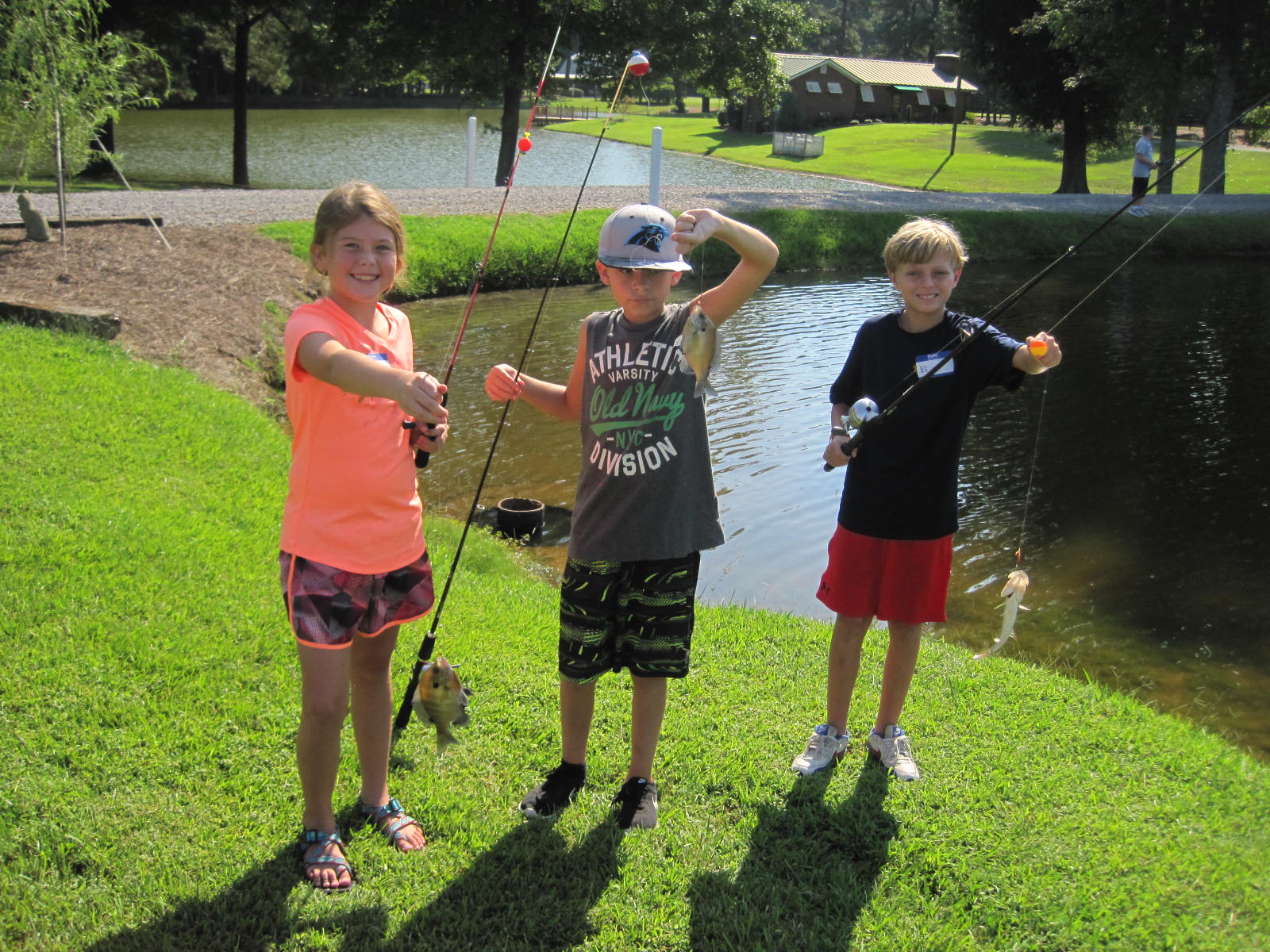 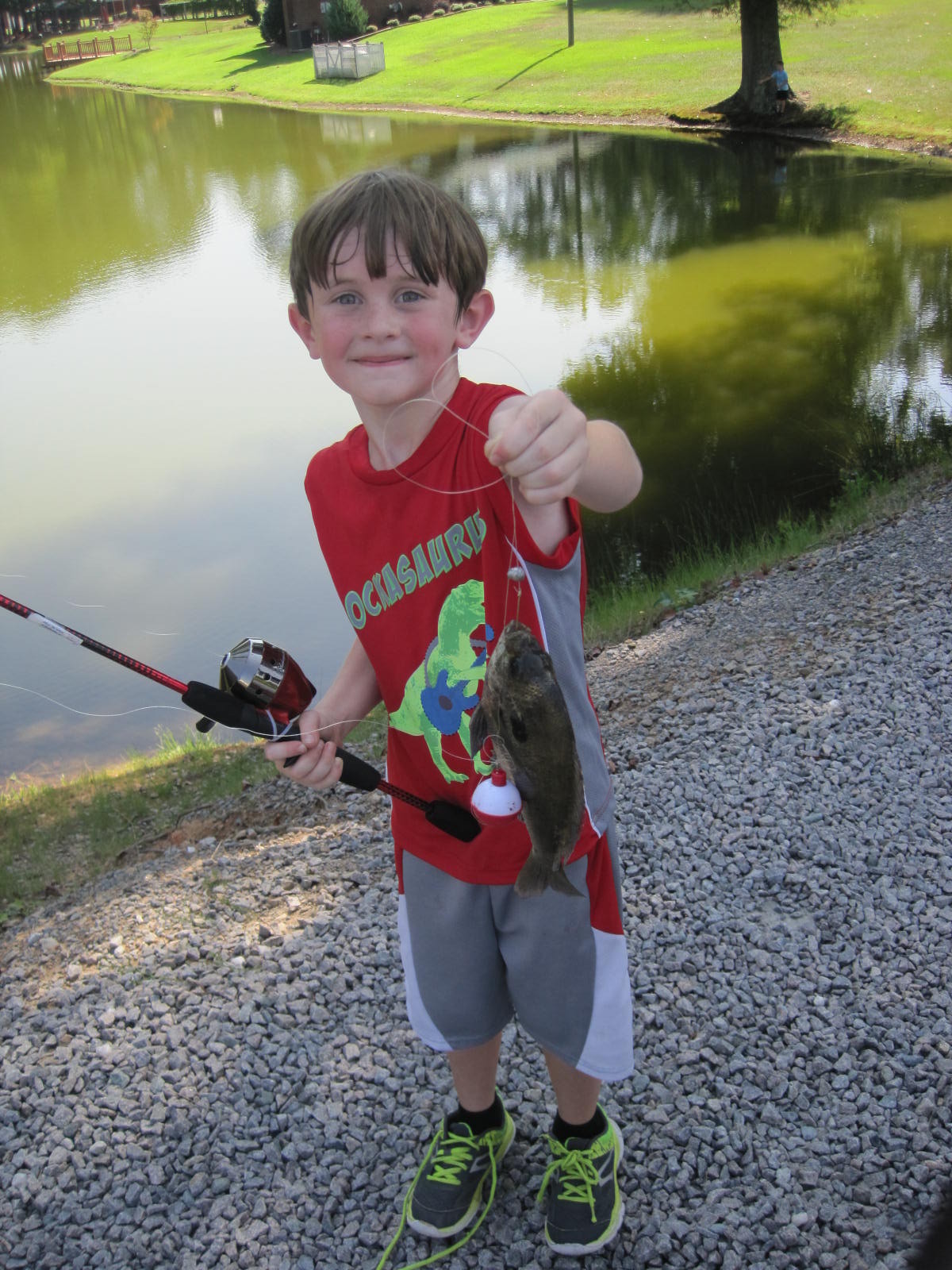