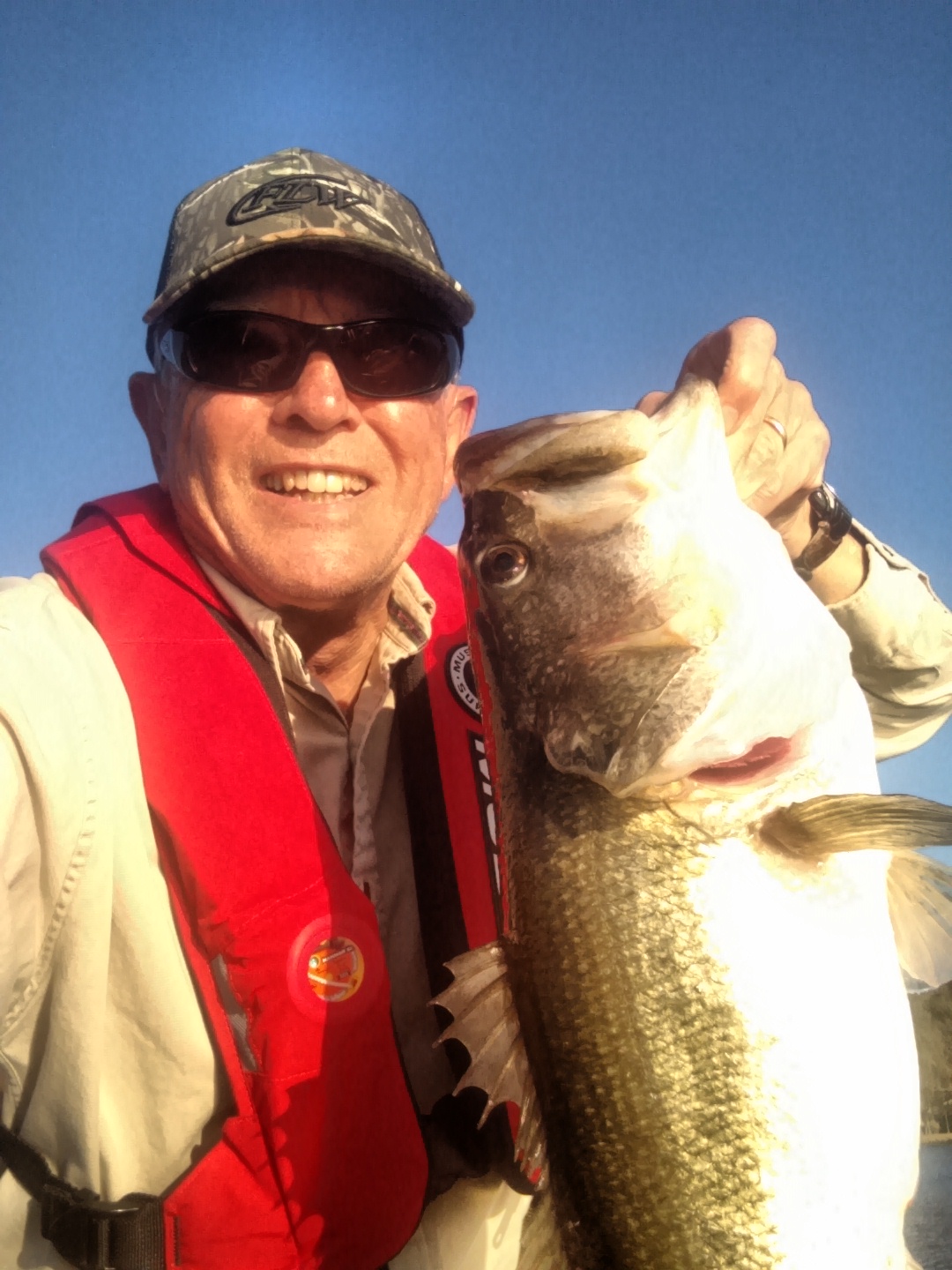 Well, if you want to feel frustrated, please read the  following TUFF Fishing Reports that were in the CTCC & CTGP newsletters last year:  "Due to the unseasonably warm weather, fishing can only be described as awesome in January and February in Lake Trace. There have been numerous reports of largemouth bass caught and released in the two to eight pound range, mostly hitting crankbaits in eight to 12 feet of water. There was a surprise catch of a three pound jack pickerel caught near Southwind Marina on Valentine’s Day. These fighters have not been reported to TUFF Director Libby Bibb (HL) at the Lake Hotline (919-499-1300) for eight years!"

In 2018, our fishing reports during this bitter cold winter have only seen a 16 inch bass caught before the second snow from shore in the deeper North side of the lake and a fat four pound, 18.5 inch bass caught at Massena Ridge Feb. 6th.  Join TUFF and I'll tell you what lure got it to bite!

More news. Things looking better. TUFF members Buster Harrill and Mike Bentley went out in the warm weather 2/16 and hooked up with four bass - three from coves and one near the dam. Buster had some luck when he went "up the creek" 2/17 where he said the water temp was 58 degrees. MAIN PHOTO: Buster went out when it got so warm during the week of Feb. 22 and landed this 6 and 1/2 pound bass on a crankbait near North Traceway Bridge @ 5 pm. It was 25 inches long and looked like it had already spawned. This up and down, hot and cold weather is confusing to our Lake Trace fishery! 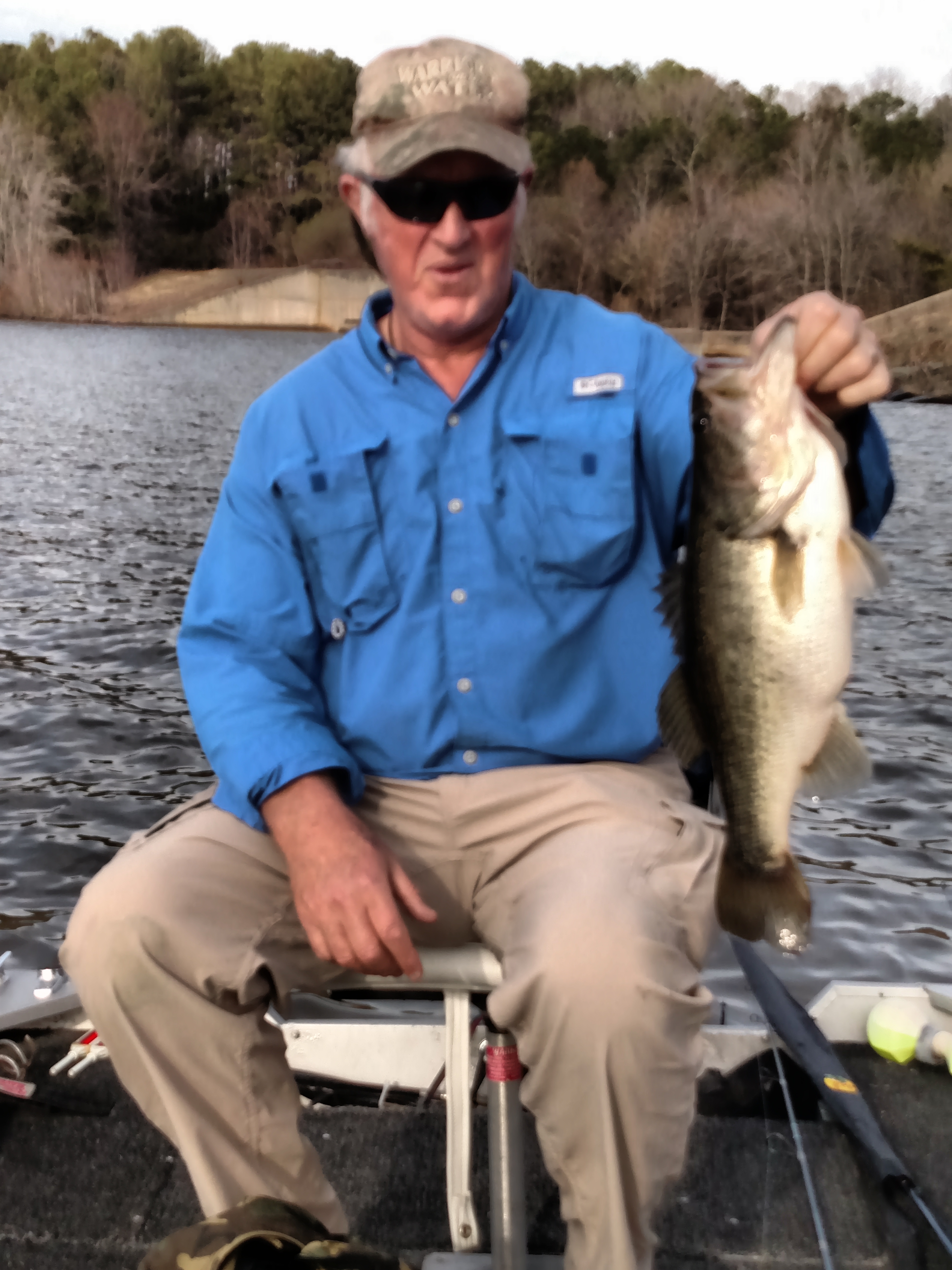 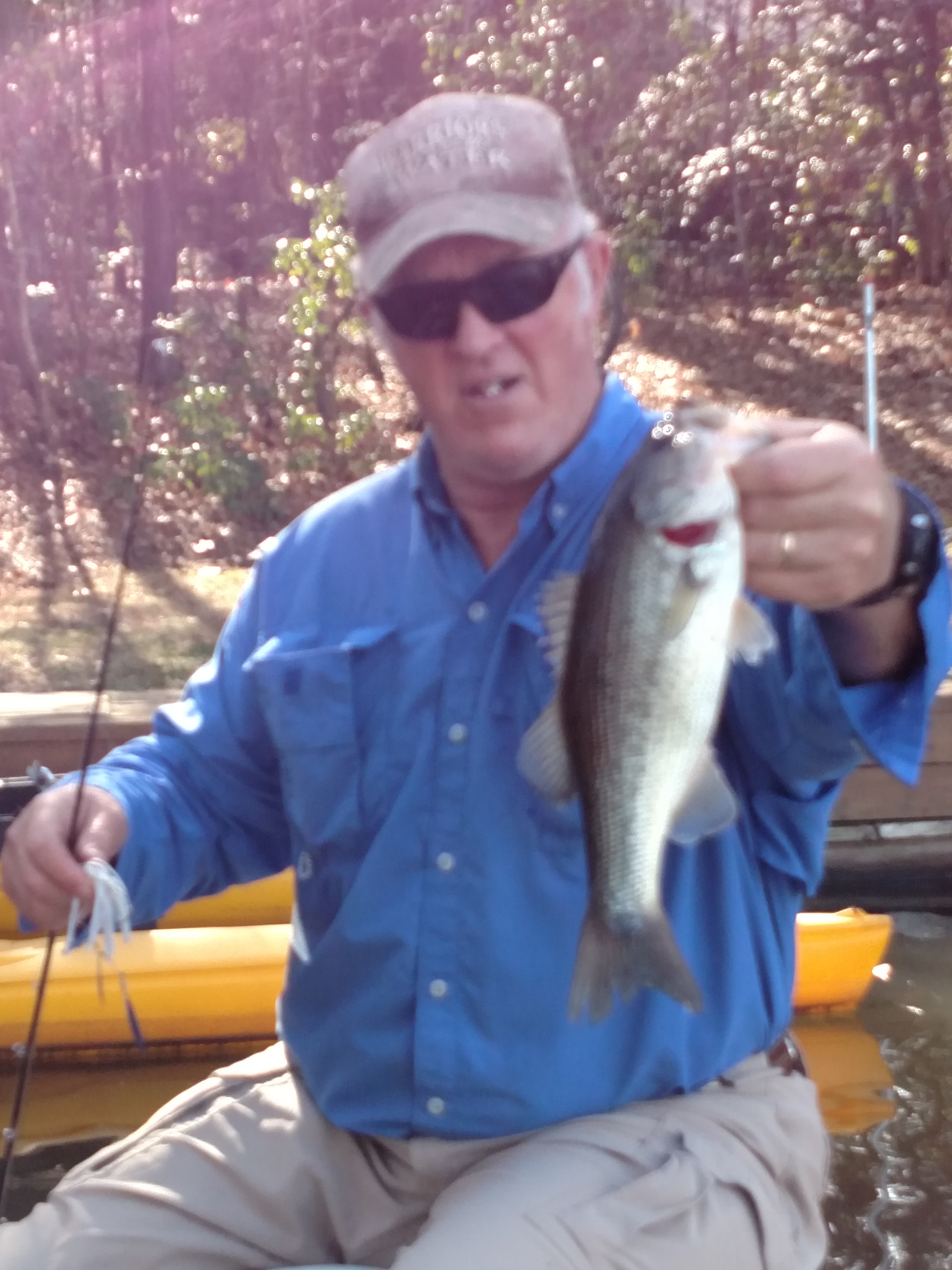 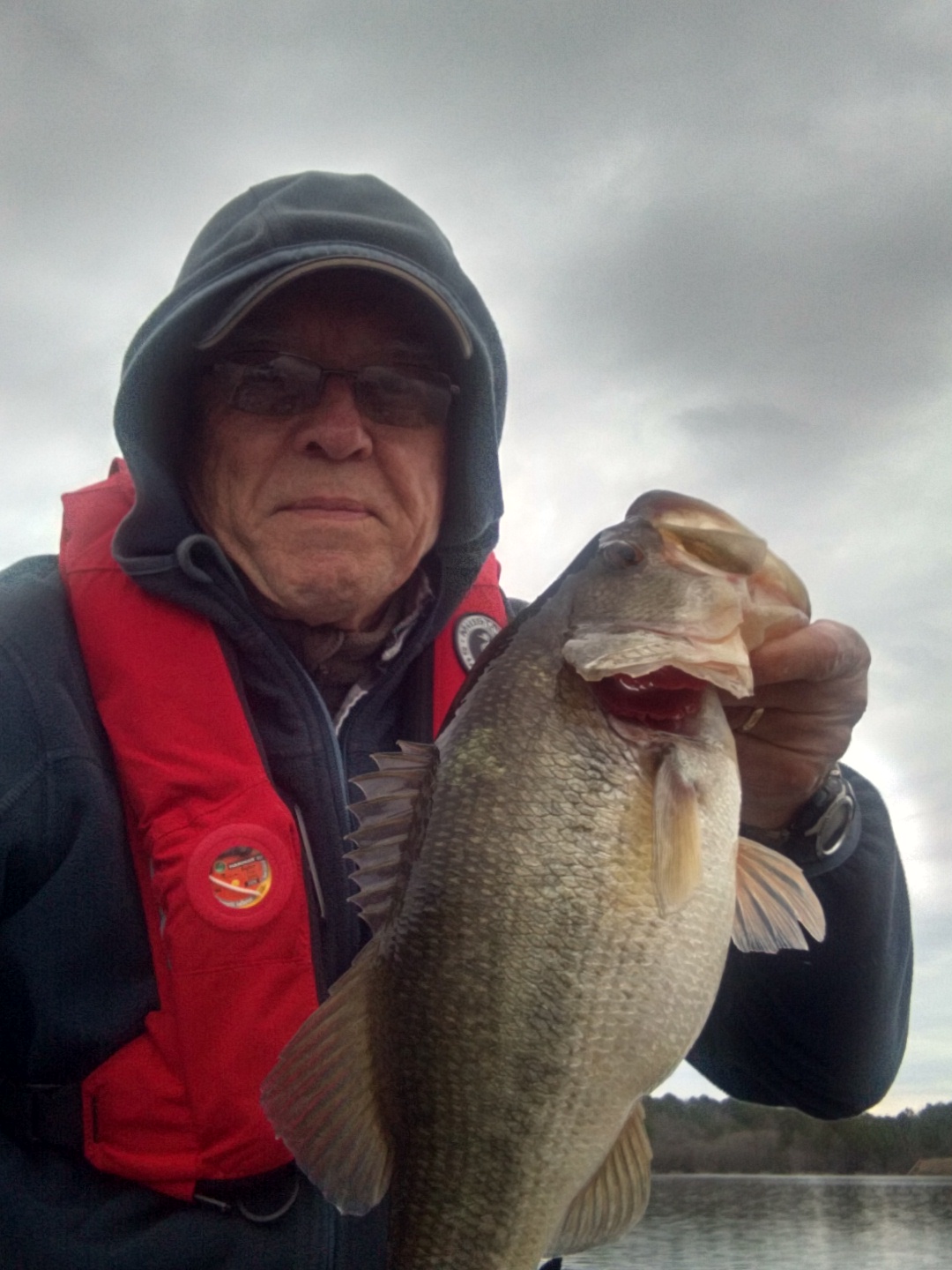