At a TUFF meeting at Hidden Lake Pool Shelter, a discussion about the invasion of white perch into Lake Trace took place. (Note: I had participated in the 2008 electroshock survey when this species in the three inch range was deemed by the fish biologist to be “overpopulated”.  In September 2018 I fished from shore and caught and culled 40 white perch in four hours that were in the seven to nine inch range! )  Some attendees thought they were harmless (“oh, the bass will eat that size.”) So later I connected with our current NCWRC fish biologist Michael Fisk who sent me this information: “White Perch are bad news. Once introduced they can become overpopulated, outcompete other species, and ruin native fisheries. White Perch will feed on just about anything but do target shad which can have negative impacts on crappie and Largemouth Bass through  indirect competition, and they also feed on recently hatched fry (baby fish) which can have negative impacts on recruitment of all species in the lake. There are many examples in North Carolina and elsewhere that have documented drastic changes in native fisheries after White Perch have been introduced. They are actually native on our coast but when they are introduced into lakes, they do lots of damage. Once established in lakes/ponds there is only one way to get rid of them. That is to rotenone the entire water body and start from scratch by restocking. Given the size of Lake Trace, this is likely not feasible as it would be very costly and may not be successful because of the riverine habitat upstream and downstream of the lake. The only thing you can do is to harvest every single one to help manage them. They are a good fish to eat, but unfortunately they are there to stay. Once nonnative species are introduced, they are next to impossible to get rid of. Prevention is the only successful way to manage these species. In North Carolina, it is unlawful to move fish around and stock them into other waterbodies to reduce the chances of these introductions.”

I FEEL THAT IF YOU CATCH ONE IN LAKE TRACE, CULL IT OUT !

Click on the illustration below to see the difference between these two species in Lake Trace. 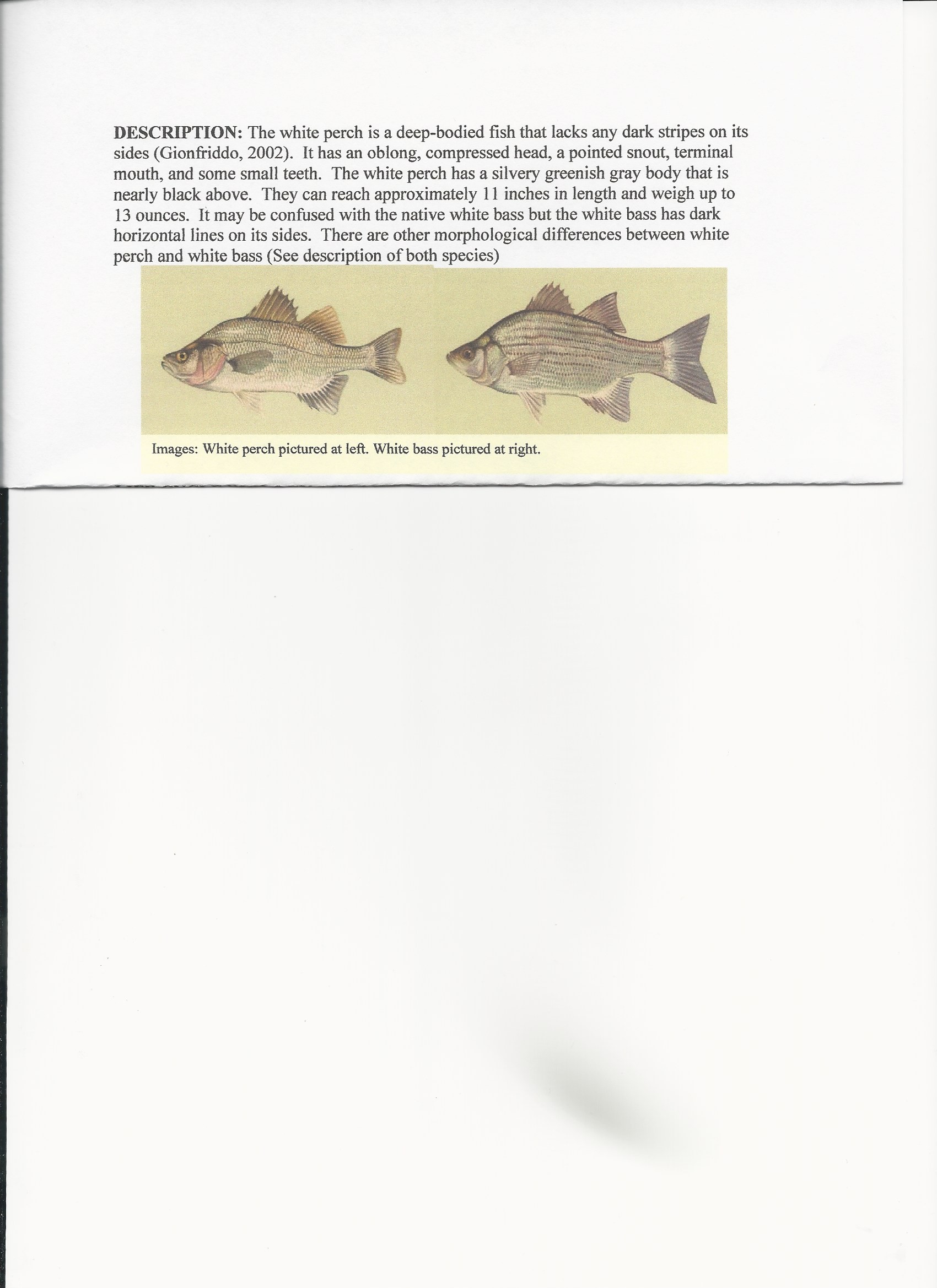