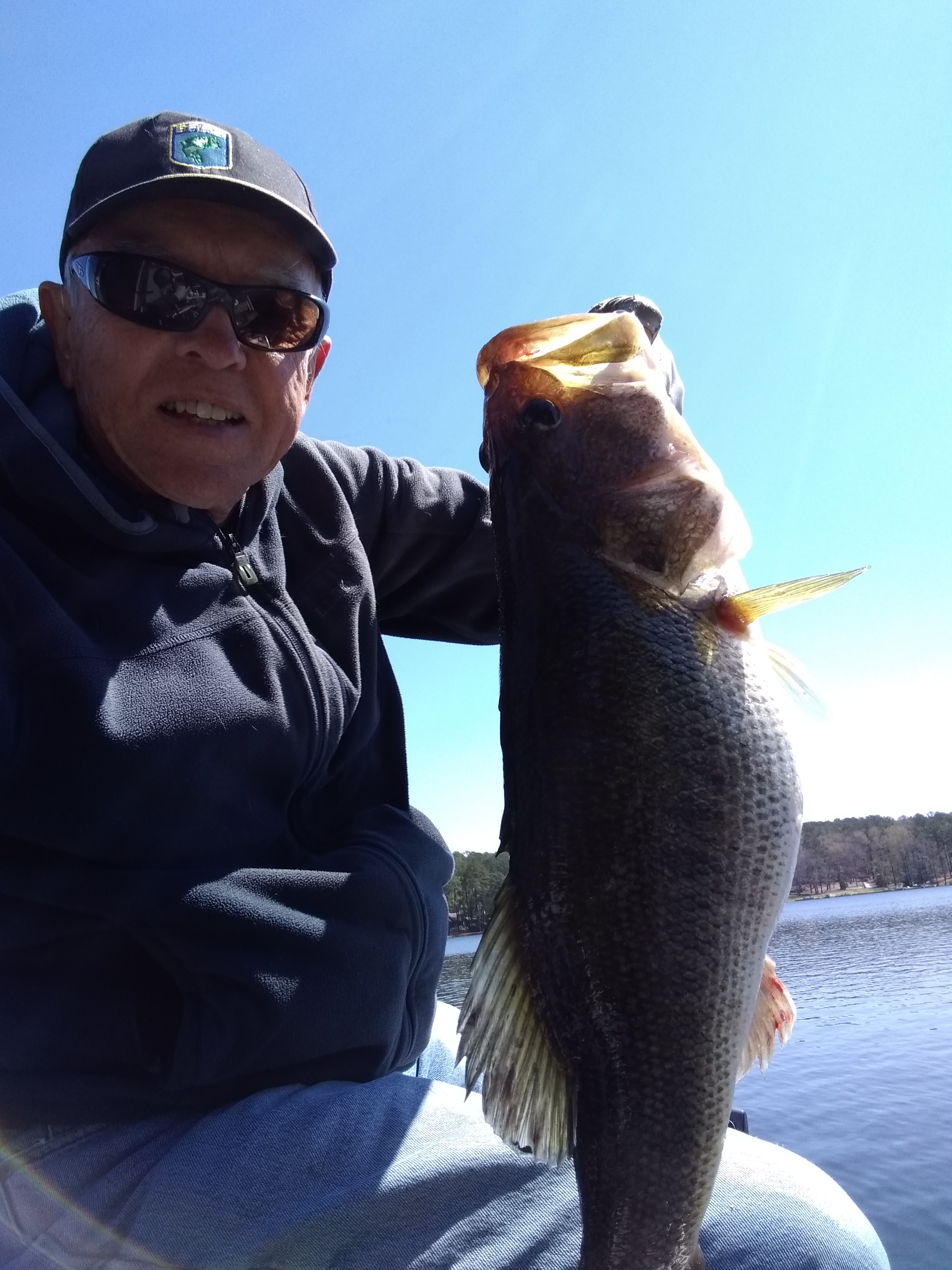 Long time TUFF member Buster Harrill (NS) reported not one but two 22.5 inch length by 17.5 inch girth largemouth bass caught in early April near Charles Holder's (NS) brick wall.  The first seven pound, eight ounce lady was caught on a green pumpkin shaky head and a Dinger green pumpkin w/ purple/green flakes landed #2 lunker about 30 feet from the first one caught a week earlier.  Fourteen to 19 inch bass have been landed during March/April fishing excursions by long time bass anglers in Lake Trace. These one to four pound "dinks" are not plentiful and hard to catch. (Our fishery is unbalanced and over populated with white perch which can decimate a fishery and eat bass, bream eggs/fry).  They should be culled out. Click on Page 8 of BLOG for pics & details..

NOTE: Click on big pics in photo gallery for captions

However, monster bass are still around in 2019. In early March another 13# largemouth was caught around the spawning grounds of South Bridge/Eagles Nest/Harbor Creek. Double digits were also reported in shallow areas there. Another nine pounder reported on a spinnerbait at North Traceway Bridge.

Lake Trace probably has a NC State record largemouth bass in its waters.  It would have to be a sixteen pound bass! I know she's here!

UPDATE FROM BUSTER - A dramatic catch from a true Bassmaster of Lake Trace! Any one who has fished 18 Creek bridge knows that it is famous for hang-ups around those bridge pilings and dropped fish structure from years ago!  Here is his story:

"I caught a good one Friday the 24th  at the creek 18 bridge. It weighed 8lbs 2oz and 24-1/2" long. Got it on a shaky head with a purple roboworm. I pulled it out from under the bridge over those cross members. The fluorocarbon leader was frazzled so bad that it was hard to believe a fish that size could have been caught. My rubber landing net saved the day and no harm to the fish. Lucky, lucky!" 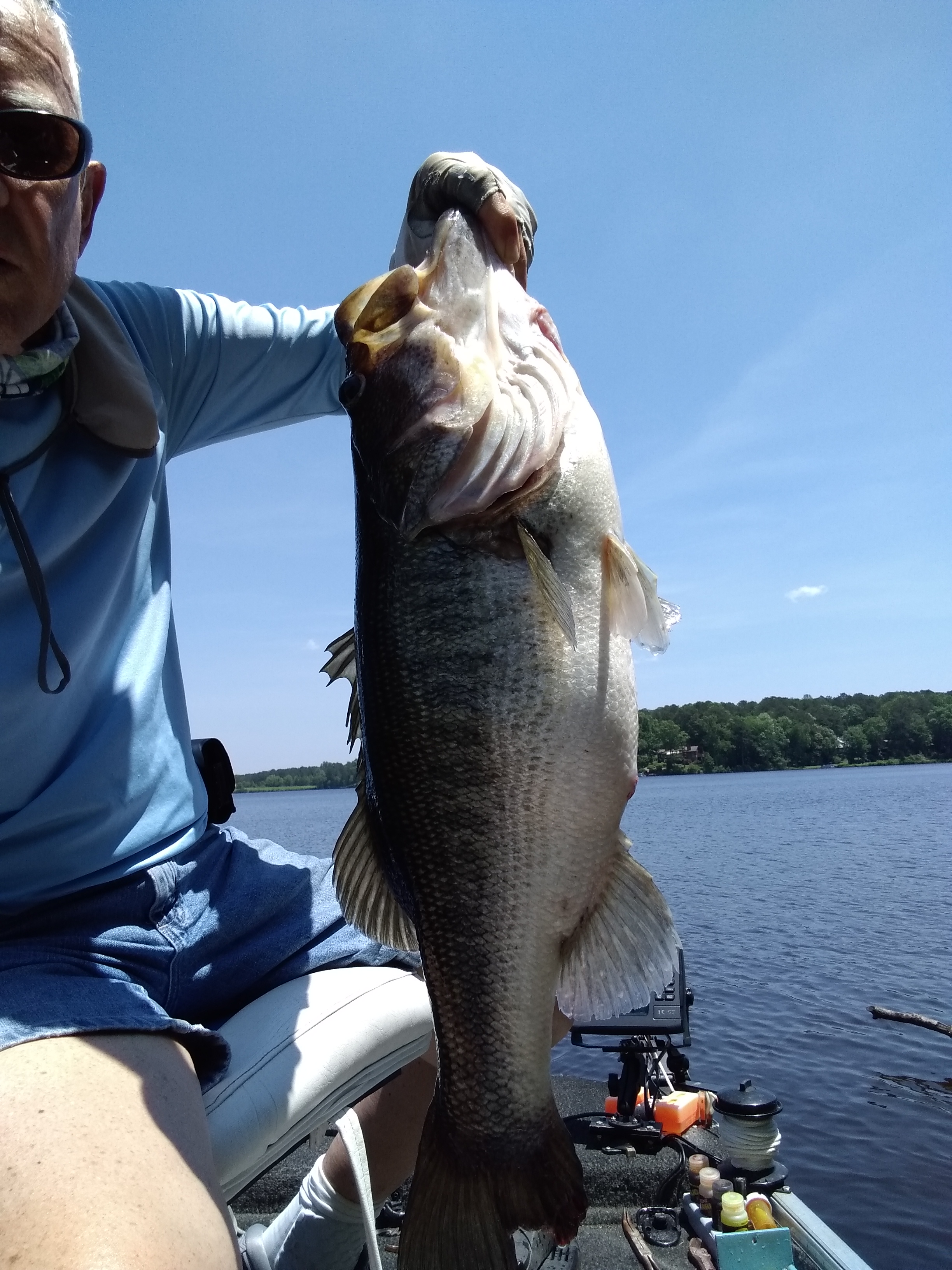 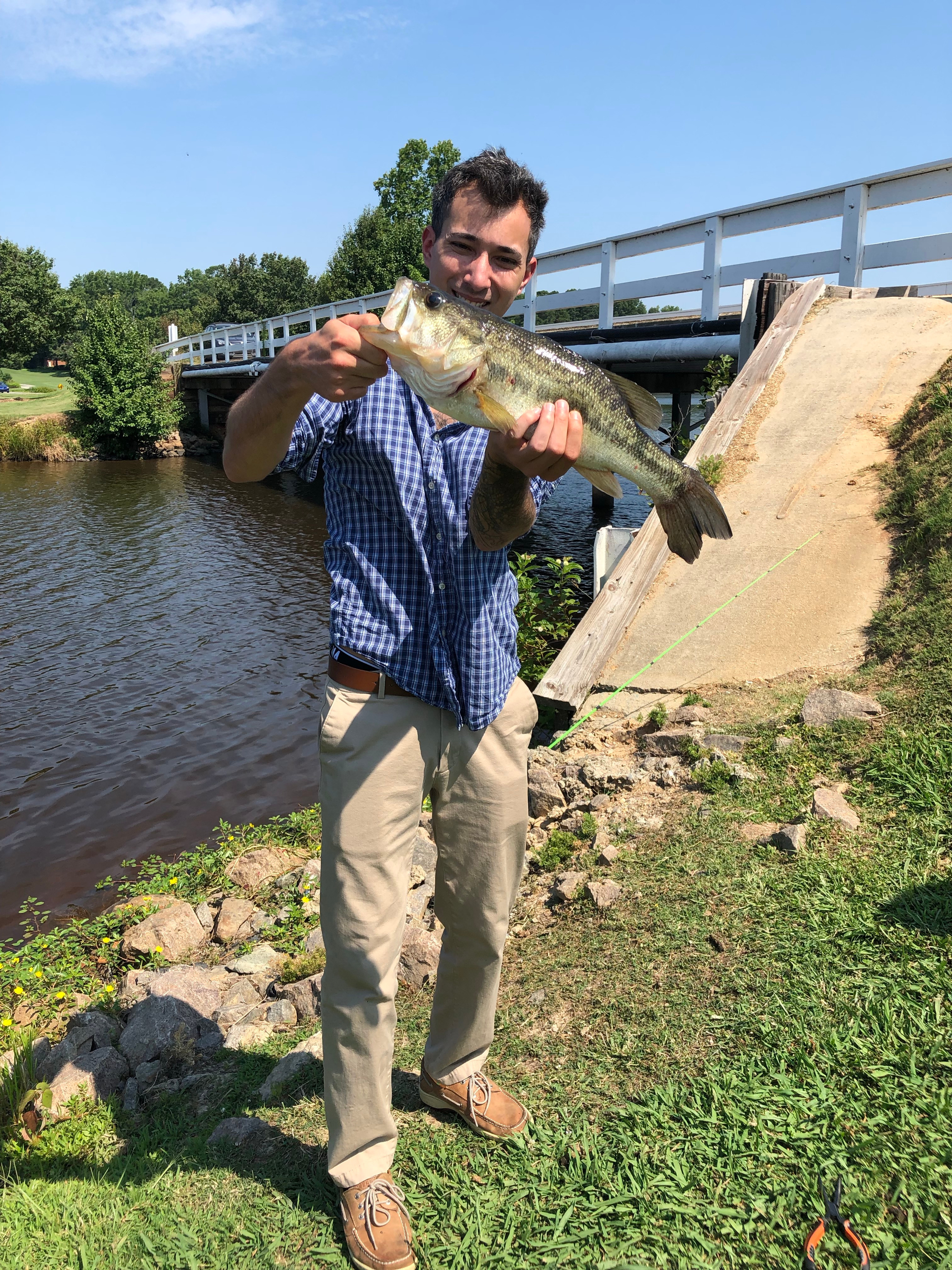 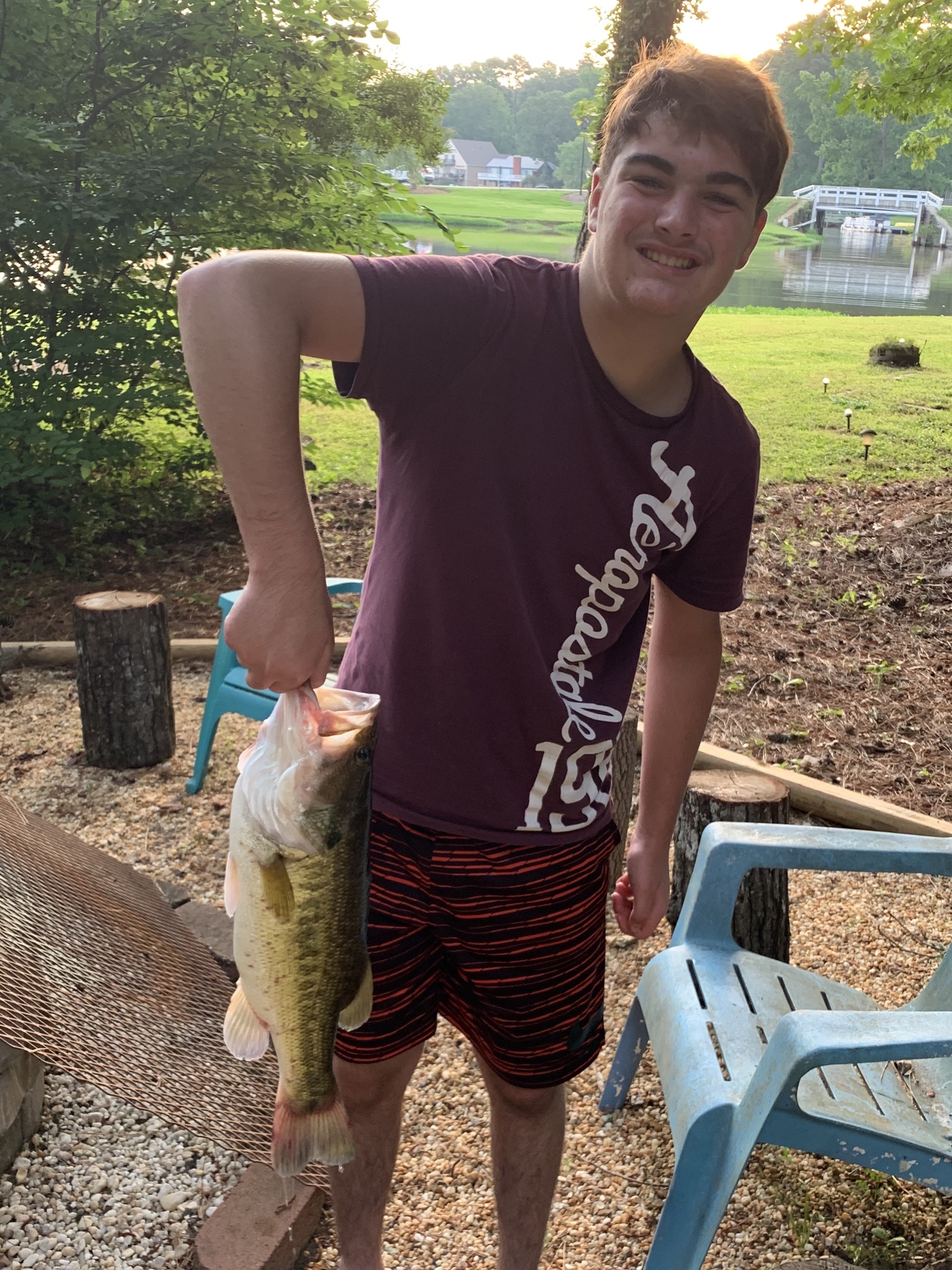